The U.S. government announced it will move ahead with tariffs of $7.5 billion on EU goods, after getting the green light from the World Trade Organisation yesterday.

(At this rate, the only tariff-free nation in 2020 will be that tribe in the Amazon who shoots arrows at anyone who goes near them.)

The WTO authorised the U.S. to impose tariffs up to 100% on $7.5 billion of goods as part of a 15-year battle over subsidies for European aerospace company Airbus.

(Really exciting name for an aerospace company, by the way. Was Skytrain already taken?)

“For years, Europe has been providing massive subsidies to Airbus that have seriously injured the U.S. aerospace industry and our workers,” said U.S. Trade Representative and professional-angry man Robert Lighthizer in a statement.

“Finally, after 15 years of litigation, the WTO has confirmed that the United States is entitled to impose countermeasures in response to the EU’s illegal subsidies.”

Lighthizer’s buddies at the Office of the U.S. Trade Representative said the U.S. will kick things off on Oct. 18 with 10% levies on jetliners and 25% duties on other products including coffees, olives, cheeses, and… Irish and Scotch whiskies. 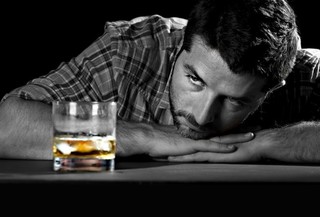 Airbus, who sources 40% of its parts from the U.S. (and 100% of its sass from France), says the tariffs will raise costs for airlines on both sides of the Atlantic and impact 275,000 American jobs in 40 states.

“Airbus is therefore hopeful that the US and the EU will agree to find a negotiated solution before creating serious damage to the aviation industry as well as to trade relations and the global economy,” said Airbus CEO Guillaume Faury in a statement.

Meanwhile, chief competitor Boeing said Airbus could solve this whole mess and avoid a global trade conflict by just shutting up and complying with WTO regulations.

“Airbus could still completely avoid these tariffs by coming into full compliance with its obligations,” the Chicago-based company said. “We hope it will finally do that.”

The WTO is scheduled to rule on Boeing’s own subsidies early next year, after which the EU could be authorised to retaliate with tariffs of its own.

“If somebody is imposing tariffs on our aviation companies, we will do exactly the same,” said European Commission President Jean-Claude Juncker.

(On a 100% totally unrelated note, if any readers are in Ireland right now, I’ll take a bottle Redbreast 15 and 12-pack of cheese and onion Taytos while you’re there.)

A doctor who was convicted in Virginia of illegally prescribing 500,000 opioids has been sentenced to 40 years in prison. (I mean, I say “doctor” but he’s just some asshole in prison now.)

Joe Smithers was convicted of 859 counts of illegally prescribing opioids to just about anyone and their dog who walked into his office.

Over the course of 19 months, Smithers prescribed more than 500,000 opioid tablets at his office in Martinsville, Virginia. Despite the fact that the town of Martinsville only has a population of 1,250 residents.

If you’re not keen on doing the math (I know I ain’t), that works out to about 400 opioid pills per resident. (But to be fair, some days you just need 400 heroine-grade opioids to take the edge off.)

According to a news release by the Department of Justice, folks drove hundreds of miles just to visit Smithers’ Discount Opioid Emporium, where he made $700,000 writing prescriptions for fentanyl, oxycodone, hydromorphone, oxymorphone and why-won’t-you-answer-your-tele-phone. (The guy was like a Pez dispenser for opioids.)

The jury determined that the death of one woman in West Virginia was caused by prescriptions sold to her by Smithers. (You can bet your ass there were dozens or even hundreds more but tracking down drug addicts who live in different states is hard and we don’t have all day.)

“This defendant not only violated his Hippocratic Oath to his patients, but he perpetuated, on a massive scale, the vicious cycle of addiction, despair, and destruction,” said U.S. Attorney Thomas Cullen.

Smithers is one of the first doctors to face consequences for the part they played in fueling the U.S. opioid crisis.

At least 10 more Appalachian doctors have been arrested for the crime. And this practice wasn’t localised to folks who enjoy a pokeweed salad with their steak.

The practice of overprescribing opioids was (and still is) rampant throughout the profession.

In 2017 alone, 47,600 Americans across the nation died of an opioid-related overdose. But only now, the nation’s biggest opioid producers, and the doctors who supported them, are having to answer for their crimes.

Though I sincerely doubt we’ll see anyone with more than six zeroes in their bank account receive any jail time.

Chief Executive Carrie Lam will assemble her executive council tomorrow to vote on activating a British colonial-era law that would grant the government emergency powers to ban protestors from wearing masks on the streets (and a whole bunch of other stuff Ms. Lam has promised not to do but probably will before the end of the month).

Though the ordinance has yet to be voted on, it’s expected to pass because Ms. Lam’s council is stacked with pro-Beijing politicians who would very much like to keep their jobs (and heads) when China rolls into town with the tanks.

The law grants power to authorities to impose curfews, censor media, search premises without a warrant, and take control of all ports and transportation. Ms. Lam, however, pinky promises to only use the law to ban protestors from wearing masks. 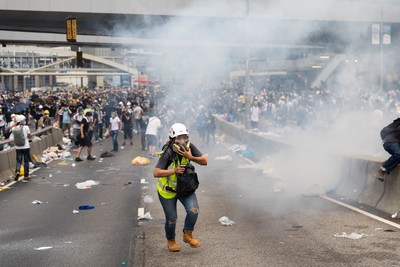 Protestors in Hong Kong have taken to using various forms of face coverings to protect themselves from tear gas and conceal their identity from police and media photographers. (There’s nothing worse than when you’re trying to overthrow the government and a photographer takes a picture of you from that angle that makes your neck look fat.)

Until now, lawmakers were concerned that invoking the old British law would undermine the rule of law and trigger a rapid economic decline. But when the violence peaked during China’s National Day celebrations on Tuesday, the government decided to invoke the ordinance to “end the violence and restore law and order to the streets.”

More than 100 people were injured in Tuesday’s clashes, which culminated in police shooting an 18-year-old point-blank in the chest. And I don’t have anything particularly funny to say about that.

The government is hoping the ban will keep the vast majority of protestors off the streets. But Alvin Yeung, a pro-democracy lawmaker and barrister in the city, says the ordinance will only escalate the violence.

“Invoking this archaic law will only make the situation worse,” Yeung told the Wall Street Journal. “This will not solve the turmoil—peace can only come if there is a political solution.”

In the One Last Thing Exceptional Investors series, we get up close and personal with some of the best investors in the business and try to get a line on what makes them as good as they are. (And hopefully, find a way to finance my backyard renovation.)

Today we’re bumping noggins with Chuck Hughes, a former fighter jet pilot for the U.S. Air Force who took $4,600 and turned it into more than $5 million.

Chuck is a 10-time Trading Championship winner, a published author, and a trader with a 91.2% success rate. And today, we’re asking Chuck:

If I wanted to trade like you, what’s the most important thing I could do today?

“Well Shane, I’ve presented my trading strategies at live seminars around the country for many years. I always like to ask this question: ‘What is the most important investing principle?’

“Risk management is the most important factor in investing success. Put another way — investing without ego.

“Now, this defies human nature. In my experience, most investors want to take a quick 10% or 15% profit as soon as possible. Most traders tend to trade with limited upside and unlimited downside. They’ll sell a stock when they have a small profit, but continue to hold losing stocks… eventually winding up with a portfolio full of losers.

“But if you take emotion out of it and follow this doctrine very strictly, I can guarantee you’ll be much more likely to win bigger and more frequently, cutting your losses down to nothing.

“Note: You want to maintain a 3-to-1 profit loss ratio. This means that your expected losses are never more than a third of your expected profits in your whole portfolio.

“So whenever possible, make sure that you:

“This risk management works with stocks, bonds, options — anything. It’s this exact formula that’s allowed me to use my three-tiered options trading system at a 91.2% success rate.”