Nissan Settles With SEC Over $140 million of Hidden Pay

Nissan will pay a fine of $15 million, while Ghosn will fork over $1 million of his own cash. (Oh my. However will he find the money?)

In Japan, where Nissan is based, executives are forced to disclose their pay in public findings. The Japanese believe that CEOs shouldn’t be making 300 times more money than their employees. (But they also believe that walking and eating is rude which clashes heavily with my taco-truck based belief system.)

Measures like this one have kept CEO salaries in Japan at about a tenth of what their American counterparts earn in a company of equivalent size. But with some financial wizardry, Ghosn was able to bippity boppity boo millions of dollars into his account without disclosing how much he received.

According to the SEC, Ghosn hid payment by backdating letters granting himself cash bonuses, manipulating his pension allowance, and drawing up secret contracts. 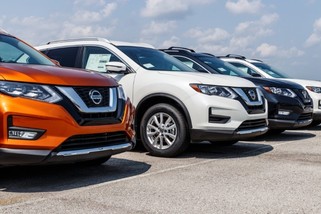 Nissan: Shift Expectations (of How Much We’re Paying Our Chairman)

Using these tactics, Ghosn and Nissan were able to exclude more than $90 million in pay for the chairman in the company’s public statements to investors. On top of that, Ghosn secretly increased his retirement allowance by $50 million. (Because he needed that addition to his mansion. Sorry I misread that. Because he needed that additional mansion.)

“Simply put, Nissan’s disclosures about Ghosn’s compensation were false,” said Steven Peikin, co-director of the SEC’s division of enforcement, in a statement. “Through these disclosures, Nissan advanced Ghosn and Kelly’s deceptions and misled investors, including U.S. investors.”

Although Ghosn’s “improprieties” (the legal term for “rich people crimes”) took place in Japan, Nissan shares trade in the U.S. via American depositary receipts, which fall under SEC enforcement authority.

The SEC also barred Ghosn from serving as director of a public company for 10 years. But as part of the agreement, neither Nissan nor Ghosn had to admit any wrongdoing. (Which is a textbook bad parenting tactic.)

Japanese prosecutors have charged Nissan and Ghosn with underreporting compensation over eight years. Nissan won’t dispute the charges but Ghosn has denied wrongdoing and plans to fight the charges in court.

“We are pleased to have resolved this matter in the U.S. with no findings or admission of wrongdoing,” Mr. Ghosn’s defense team said in a statement. The team says it now plans to refocus efforts “on continuing to vigorously fight the criminal case in Japan and pursue his claims against Nissan around the world.”

Nissan’s stock, which trades on the OTC markets, fell about 1% following the news. But in reality, the SEC fines are little more than a nuisance for Nissan and Ghosn.

The former chairman has an estimated net value of $120 million according to analysis by Bloomberg. And Nissan is projecting an expected profit of $1.2 billion this year.

Netflix is about to enter another dimension — a dimension not only of sight and sound but of mind.

A journey into a terrifying land of diminishing price power and smug rivals.

Netflix is in… the Negative Zone. 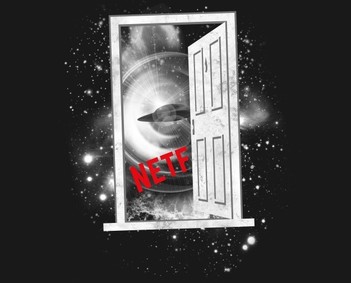 After losing out to HBO at this year’s Emmy Awards Ceremony, Netflix has plunged into the negative for the first time this year, erasing a gain of 46%.

(HBO had some nudity and dragon show that won most of the awards for some reason.)

As HBO flexed its “Premier TV” muscles and even Amazon made a strong showing with critically acclaimed comedy Fleabag, Netflix investors started to sweat. But Netflix’s downfall can’t be attributed to just how many boobs and handsome-yet-confused British men HBO can fit into one show.

The Emmy results may have been the straw that broke the camel’s back, however, Netflix has been dogged by a string of bad news this year.

The OG streaming service was flirting with record highs in July. But then Netflix sent record highs some unsolicited nudes and ruined its chances.

Following a decline in subscriber growth and increased competition from rival streaming services, Netflix’s position as the queen of streaming is no longer a sure thing.

For your convenience, here is a comprehensive list of all media companies offering, or planning to offer, their own streaming service: Everyone.

That said, Wall Street hasn’t given up on the old content factory yet. According to FactSet, of 39 analysts covering Netflix, 28 are a buy, nine say hold, while only two analysts recommend a sell.

British Travel agency abruptly shuttered its doors (and planes) yesterday stranding more than 500,000 travelers overseas. (Better get another margarita, old boy. Vacation’s not over yet.)

About 150,000 UK travelers are marooned overseas, sparking a fresh crisis for a government that’s barely getting through the day-to-day rigmarole of just being a government right now.

The British Civil Aviation Authority has launched a rescue effort to bring home the poor folks trapped by the pool; Codename Operation Matterhorn.

Yesterday, the UK was able to bring home 15,000 lucky Brits. And another 16,000 will be home in time for cucumber sandwiches and lashings of ginger beer today.

At this rate, they should have everyone home in ten days, give or take another crisis. But separate from the U.K.-based travelers, another 350,000 foreign customers (including U.S. nationals who booked their vacation with a British travel agency for some reason) are trapped overseas. 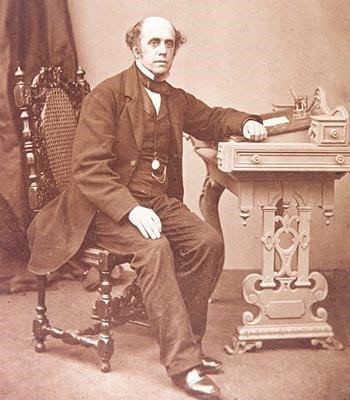 Before Thomas Cook invented tourism in 1841, everyone just kinda stayed where they were.

Thomas Cook (the company, not the dead guy) said more than 21,000 employees around the world would lose their jobs as a result of the company’s collapse.

“This marks a deeply sad day for the company, which pioneered package holidays and made travel possible for millions of people around the world,” Thomas Cook Chief Executive Peter Fankhauser said in a statement.

Thomas Cook blames the rise of low-cost airlines, Airbnb, and uncertainty created by Brexit for its downfall. But opposition Labour Party finance spokesman John McDonnell says the government should have intervened and bailed out the 178-year-old company.

“To just stand to one side and watch this number of jobs go and so many holidaymakers have their holidays ruined, I just don’t think that’s wise government,” McDonnell said to the BBC.

How to Get an Unfair Advantage in Trading

Recently, at the old One Last Thing watercooler/bad-idea machine, I had a chance to catch up with my colleague James Altucher.

James is a bestselling author and legendary trader, so I rarely pass up an opportunity to pepper the guy with annoying questions when I get the chance.

James told me I should never invest a dime unless I have an “unfair advantage.”

What the heck does that mean?

“Another cognitive bias is called ‘loss aversion.’ We’d rather make a bad decision than lose money. So we sell too quickly.

“But this creates MASSIVE opportunity if you have an unfair advantage.

You don’t have to tell me humans don’t act rationally. One Last Thing is practically a daily record of irrational human acts. But if it’s impossible to act rationally, how can anyone have an unfair advantage?

“I did what I always do. I wrote software,” said James.

“I took the emotion out of my trading.”

Of course, he did. (Stupid geniuses.)

Chaos Within the Fed

Economy
Author Shane OrmondPosted on 25th September 20191st October 2019
We(Don’t)Work Here Anymore Adam Neumann resigned yesterday as CEO of WeWork’s parent company, We Co., amid growing concern that he might have been a...

Economy
Author David StevensonPosted on 14th September 201817th September 2018
Ten years after the biggest bankruptcy in corporate history, should we fear another banking crisis? Or something else?

Economy
Author Shane OrmondPosted on 17th April 2019
Netflix released its quarterly earnings report yesterday and, despite some record-breaking numbers, investor response was lukewarm. (And, as we all know, lukewarm is the...