(Which probably doesn’t need to be semiannual because teens are irrational hormone monsters that buy whatever the guy vaping behind the bicycle shed tells them to.) 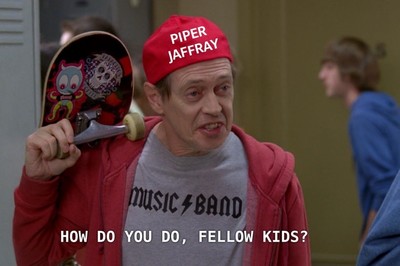 Despite making no money, teens contribute an enormous amount of spending to U.S. retail sales. The most recent figures suggest teens bully their parents into spending $830 billion a year on overpriced crap (and that doesn’t include the probably millions of dollars spent on black market vape flavors).

One notable point in the survey was the number of teens who own iPhones. Apple’s share of the smartphone market has been receding for years. But of 8,000 teens surveyed, 83% of owned an iPhone, while 86% of the rest say they expect their next phone to be an iPhone.

This means we could see a shift in iPhone’s market share as Gen Zers enter the workplace. Or Piper Jaffray only surveys spoiled rich kids.

“Broadly, casualisation of fashion continues and footwear is gaining wallet share. Brands Lululemon and Vans hit survey peak share. Within beauty, ULTA was the No. 1 preferred destination—unseating competitor Sephora for the first time.”

Is This the New Pro Weed Mitch McConnell?

Senate Majority Leader and late-night monologue punching bag Mitch McConnell has booked a trip to weed town (AKA Southern California, U.S.A.), signaling he may be rethinking his long-held position on marijuana reform.

During a week-long trip to California, McConnell will dedicate at least two whole days to bro-ing down with marijuana industry execs and small business owners, an unnamed source told MarketWatch.

(Man, I’d love to be an unnamed source someday. If you guys ever need an unnamed source for anything, hit me up. I heard Ted Cruz had a team of NASA scientists surgically remove the kissability from his lips.)

Banking Bad: Even though marijuana is legal in some form in 33 states, Lucifer’s arugula is still banned at the federal level. As such, financial institutions cannot accept any money connected to legal weed (and that’s a whole lot of dough).

The Senate Majority leader is also planning a tour of at least one cannabis company and production facility. (Which is going to create some of the choicest stock photos of Mitch McConnell awkwardly standing next to giant marijuana plants.) 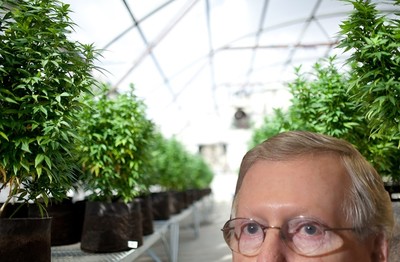 McConnell’s office is refusing to comment on whether or not this visit means the senior conservative in the Senate is rethinking his long-held opposition to marijuana reform (but he was seen last week in DC wearing a hat that said #420BlazeIt and buying six bags of sharing-size Doritos).

The weed executives are expected to pitch reform on the platform that the current laws unfairly penalise businesses that obey federal laws, such as hemp farmers producing the crop for legal CBD products.

“We’re happy to see that Leader McConnell is coming to see how a regulated market is an improvement over prohibition,” National Cannabis Industry Association executive director Aaron Smith told MarketWatch in an interview.

“Right now the priority is banking, which affects [McConnell’s] constituents in the hemp and CBD industry, as well as legal cannabis businesses here in California.

“That’s really our primary ask — common-sense policies around banking and public safety, and we’re hopeful [McConnell] will see the need for that and move forward along with Chairman [Sen. Mike] Crapo.”

To be honest, if you had told me I’d be reporting on McConnell coming around to the idea of marijuana reform today, I’d have called you a fool and told you to get out of my house, how did you get in here?!

But I guess it’s hard to ignore a $145 billion market. Especially, when you’ve got folks who can’t legally bank their huge profits and have all this loose cash sloshing around. 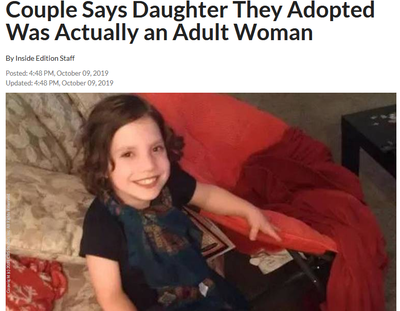 With the Smart Summon feature, Tesla owners (who according to market research data are almost exclusively 46-year-old white guys) can theoretically use their smartphone to summon their car to them.

Tesla says Smart Summon, which it rolled out to Tesla 3 owners at the end of September, is its first in a highly anticipated suite of FULL SELF DRIVING TECHNOLOGY. It also sucks.

“We found that the automation was glitchy and at times worked intermittently, without a lot of obvious benefits for consumers,” writes Jeff Plungis (who I’m pretty sure is an SNL character that lives in a toilet).

Elon’s FULL SELF DRIVING TECHNOLOGY came to the attention of Consumer Reports when Tesla 3 users (who had paid an extra $6k for the upgrade) took to social media to complain about the feature and its many shortcomings, including just slowly rolling in front of oncoming traffic: 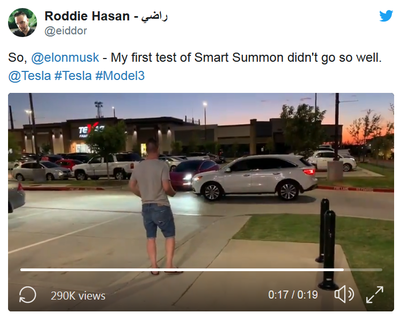 According to Consumer Report’s Incredible Mr. Plungis, the feature only worked in very specific situations and even then would stop suddenly or drive in the wrong lane entirely (albeit very, very slowly).

“The system is designed to work only in private parking lots, but sometimes it seemed confused about where it was,” wrote Dr. Plungis from his time traveling toilet machine.

“In one case, the system worked in one section of a private lot, but in another part of the lot it mistakenly detected that it was on a public road and shut itself down. At various times, our Model 3 would suddenly stop for no obvious reason.”

“The Model 3 also didn’t always stay on its side of the lane in the parking lots.”

Jake Fisher, Consumer Reports senior director of auto testing and man with a down-to-earth name I can relate to, says consumers are not getting fully tested, consumer-ready technology. In essence, he says, Tesla owners are paying $6,000 to beta test Elon’s pet project.

“What consumers are really getting is the chance to participate in a kind of science experiment,” he says. “This is a work in progress.”

Economy
Author David StevensonPosted on 21st September 20165th July 2018
Today I’m writing about money. Like how much of it’s sloshing around, where the effects could be felt and what it all means for...