Disney has banned all advertising from Netflix across its media empire, according to a breaking report by the Wall Street Journal.

“People familiar with the situation” (as the WSJ likes to refer to its sources) say that Disney put out an official decree earlier this year banning advertising for all streaming services, in preparation for the birth of its own little stream baby in November.

Reportedly, the edict was quickly reversed as Disney came to an arrangement with every company on the list, except one: the OG stream queen, slayer of Blockbuster, and founder of any show you got, Netflix.

“The direct-to-consumer business has evolved, with many more entrants looking to advertise in traditional television, and across our portfolio of networks,” said a spokesperson for Disney, whose terrifying media empire includes ABC and Freeform.

“While the initial decision was strictly advertising based, we reevaluated our strategy to reflect the comprehensive business relationships we have with many of these companies.” (“Except for Netflix. F**k those guys.”)

Last year, Netflix spent $99.2 million on TV ads in the U.S., with 13% of that going to Disney-owned properties.

That’s a sizeable chunk of change to just toss in the trash. But Disney is counting on making hundreds of times more than that when it crushes every streaming service into the ground next year with its patented Marvel-Star Wars Machine.

Disney’s streaming service, the imaginatively named Disney+, will launch for $6.99 per month, early next month.

The U.S. economy added 136,000 jobs in September, while the unemployment rate dropped to the lowest percentage since John and Yoko tried to solve all the world’s problems by staying in bed for two weeks.

According to the September jobs report released today, the U.S. economy added an estimated 136,000 jobs last month. (But unfortunately, we still have no data on if these were fun jobs or lame jobs.)

That figure is a fair bit lower than the 150,000 jobs analysts had been predicting. But it’s a respectable pace during a global economic slowdown (which we just so happen to be in right now). 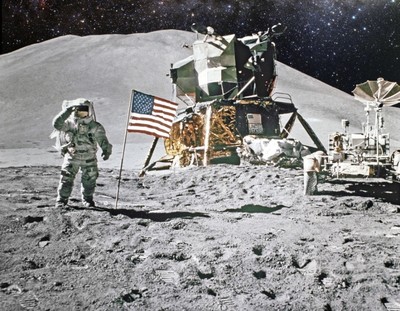 Armstrong only landed the gig because the jobless rate was so low.

Even when we take into account a more inclusive measure of unemployment, which includes folks who aren’t looking for work and part-time workers looking for fulltime work, the adjusted rate fell to 6.9% from 7.2%.

It wasn’t all good/unremarkable news, however. Growth in average hourly earnings fell from 3.2% to 2.9%, which is still higher than inflation but a significant slowdown compared to previous months.

Bottom line: Despite a broader economic slowdown, the jobs report shows that there’s still opportunity out there for Americans looking for work.

Uber Works (an oxymoron if ever I heard one) launched yesterday in Chicago and will roll out to other less-angry cities if this whole thing doesn’t blow up in Uber’s face in the near future.

“We are concentrating on building the Uber Works platform well in the Chicagoland area and delivering value to local workers and businesses,” a spokesman for the giant money hole told NPR.

“We’re excited about the potential of Uber Works and will share more on possible expansion as we continue to grow.”

According to a blog post on the Uber Blog (which nobody asked for), this new app will “make it easier to find and claim a shift” for prep cooks, warehouse workers, commercial cleaners, and event staff.

“We believe a new, technology-first approach can provide faster and easier means for people to get work, while offering greater insight into the many opportunities for work that are out there — improving the experience for workers and businesses alike,” the company said.

The announcement of a new app comes at an odd time, as Uber is under legal and regulatory attack nationwide, firing staff left and right, and recently had to tell investors that it’s losing so much money, it may never be profitable.

It’s a bit like a drowning man suddenly deciding he’s going to launch a dope app that connects shift workers in Chicago with shift work.

Last week, Uber CEO Dara Khosrowshahi said the company was experimenting with merging some of its services into a single app. So be careful you don’t accidentally pick up a 3 am shift at Sad Al’s Late Night Diner the next time you try to hail a ride.

Rickards: The Hong Kong Situation is More Dangerous Than You Know

Technology
Author Sean KeyesPosted on 7th September 20165th July 2018
Computers have started to think for themselves. It's the second stage of the information age.

Technology
Author Sean KeyesPosted on 2nd December 20165th July 2018
Talented nerds end up in London. That's where the money and success stories are.