In the blockbuster hit of the summer, a crack team of Chinese economists will mount a daring rescue mission to drag the Chinese yuan out of the “historic low” territories and pretend like they’ve never heard of currency manipulation before.

(Starring Sylvester Stallone as Governor of the People’s Bank of China (PBOC) Yi Gang, Arnold Schwarzenegger as Deputy Governor Pan Gongsheng, and probably Vin Diesel, Jason Statham, and whatever 90’s action star has a backlog of unpaid taxes to pay off.)

This morning, the PBOC took steps to revive the Chinese Yuan (AKA the renminbi if you want to show off in front of your friends who casually discuss international monetary policy) after the currency dropped to an all-time low yesterday.

The PBOC set the daily currency fixing at ¥6.9683 per dollar — substantially higher than analysts expected — driving the yuan up 0.2% and restoring some normality to the global stock markets which fell sharply on yesterday’s news.

When the yuan broke past the key ¥7 level yesterday, which the PBOC has historically prevented from happening, the organisation placed the blame squarely on President Trump’s doorstep like a big old flaming bag of poop.

Of course, instead of stamping out the fire, President Trump punted it back to the Chinese with a note accusing China’s central bank of engaging in “currency manipulation.”

Currency manipulator is a designation used by the Department of Treasury to flag countries that are intentionally trying to weaken their own currency to give them a competitive advantage in world trade. (Just like when Aunt Cathy started doing w-a-a-ay better on Twitter when she removed her “no cheap-ass dorks” stipulation.)

Trump believes China let the yuan fall this low to offset the impact of tariffs on Chinese goods. Which is certainly a possibility, but rapidly devaluing your currency comes with its own risks (just like Aunt Cathy).

An uncontrolled decline could snowball into instability in Chinese markets and drive foreign investment out of the country.

In the long run, it’s in China’s best interest to keep the yuan above that crucial ¥7 level. So when the PBOC let it drop below that level, it was a warning shot across U.S. negotiators bow. And the first indication that this trade spat could devolve into a full-blown currency war.

For now, China seems to be steering against this idea, either because they feel like they made their point or their strategy didn’t provoke the response from U.S. authorities that they were looking for.

In a statement, PBOC Governor Yi Gang (as played by Sylvester Stallone) said, “I am fully confident that the yuan will remain a strong currency in spite of recent fluctuations amid external uncertainties.”

The major indexes are all up today on the news but haven’t fully recovered from yesterday’s plunge. We’ll have more on this story as it spirals out of control… sorry… I meant develops.

Bitcoin is that mean girl in high school who’s only happy when everyone else is miserable (and is probably named Jessica).

Yesterday, investor anxiety over a prolonged trade war bubbled to the surface and global markets took long walks of a short pier. Meanwhile, the crypto queen (who cheated on her boyfriend Mark with the Domino’s pizza guy) surged almost 4% to just below $12,000.

Bitcoin continued to blast upward today, peaking at around $12,300 — though it’s since pared off those gains in a flash crash falling back below 12k. (Just like when Jessica broke Mark’s heart at prom… You know what, I may have let this metaphor get away from me.)

Russian Bots: “Vote for Whoever, We Don’t Care”

The Democratic debates are under full swing, President Trump is officially campaigning again, and the Russian bots are already out in full force.

All the pieces are in place for another dumpster fire of an election.

According to social media experts, Russian bots have already started their propaganda campaign for Election 2020.

Who are they campaigning for?

Chaos. (What? Did you think I was going to say Hickenlooper?)

In the last week alone, Russian bots have inundated Twitter with two hashtags:

#MoscowMitch, referring to Mitch McConnell blocking a vote on an election security bill. And #KamalaHarrisDestroyed, referring to Harris getting blasted by Hawaii Congresswoman Tulsi Gabbard at the Democratic debates.

Both of these tags gained some traction organically, from real users. But according to social media experts (which sounds like just about the worst job ever), they were amplified by an onslaught of Russian bots tweeting with those hashtags.

Bots are fake social media accounts. And by “fake,” I mean automated accounts designed to drive traffic, not fake as in “OMG Jessica is a total fake. Look at her shoes.”

As I hinted at above, the goal of these accounts is not to get anyone individual elected; it’s to push divisive ideas to the forefront of the discussion, sew chaos, and alienate one half of the American population from the other.

Paul Barrett, deputy director of the Center for Business and Human Rights at New York University’s Stern School of Business, told The Hill that the Russians use this technique to “stir dissent and division” on social media.

“You’ve seen that already for example with Sen. Harris … and the questioning of her racial identity,” Barrett said. “By picking at that particular issue, people who are trying to sow discord in general are touching on a very sensitive nerve and encouraging acrimony in addition to attacking Sen. Harris in particular.”

Another member of the Senate, Florida’s own Marco Rubio was recently the victim of a Russian misinformation campaign. In June, Rubio tweeted about a fake account claiming to be him tweeting that the British planned to disrupt the 2020 election and spy on Trump.

There are a few pieces of bipartisan legislation in the hopper that would target and hopefully lessen the impact of election interference. But, for now, Senate Majority Leader Mitch McConnell is refusing to let those bills go to a vote. (Because he’d rather play Disney villain to the Dems than actually do anything productive.) 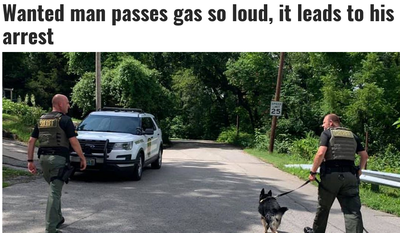 The hardest part about writing One Last Thing is that I only have enough time and space to cover a certain amount of stories every day.

This is one such story from last week. (It’s a real beaut.)

According to investigation website ProPublica, dozens of wealthy parents in Chicago’s suburbs are transferring guardianship of their kids to win financial aid and scholarships they wouldn’t have been eligible for otherwise. (I told you it was juicy. Or as the young lady who cuts my hair would say “JUICE-AY!”)

According to the report, an estimated 38 wealthy families transferred guardianship of the children to friends and family in their junior or senior year of high school. (Ah, the dream: Ship the sproggets off to grandma’s just as their hormones turn them into enormous insane people.)

Due to a giant, Grand Canyon-sized loophole in the system, when a child is transferred to another guardian, only the child’s earnings are taken into account on financial aid applications. This allows the kids to easily snap up financial aid and scholarships earmarked for poor and disadvantaged students.

“Our financial-aid resources are limited and the practice of wealthy parents transferring the guardianship of their children to qualify for need-based financial aid—or so-called opportunity hoarding—takes away resources from middle- and low-income students,” Andrew Borst, director of enrollment at the University of Illinois, told the Wall Street Journal. “This is legal, but we question the ethics.”

The scam, which is technically 100% legal (and 100% what the legal community calls “a jerk move”), caught the Department of Education’s attention as literally dozens of rich folks started signing away their kids to neighbors and grandparents.

Ironically, in almost every case, the reason for the change in guardianship cited in court documents was: “[The new guardian] can provide educational and financial support and opportunities to the minor that her parents could not otherwise provide.”

One student, whose parents pull down more than $250,000 a year, attends a private college on the West Coast. Her tuition costs $65,000 a year. But after transferring guardianship to her grandparents, she was awarded a $27,000 merit scholarship and an additional $20,000 in need-based aid — leaving just $18,000 a year to be paid off.

Several of the parents interview by the Wall Street Journal said they followed the strategy laid out by a college consultant company called Destination College, which claims on its website it has saved families as much as $40,000/year per student. (But conveniently neglects to say how it magically did that.)

As you can imagine, Destination College hasn’t been super jazzed to talk to the media right now, so we haven’t heard their side of it. (But I can do a quick impression of their PR team if you like: It’s legal. We’re jerkbags. Mlah, mlah, mlah.)

This story is still developing. But like I said back when Lori Loughlin and Felicity Huffman were arrested for bribing college officials to get her kids into school: this kind of thing is only the tip of the iceberg.

Now that it’s out there in the open, and the Department of Education is actually taking notice, expect for a lot more of these scandals to be made public.

Economy
Author Kit WinderPosted on 21st April 202120th April 2021
I work all night, I work all day to pay the bills I have to pay Ain’t it sad? And still there never seems...

Economy
Author Pieter CranenbroekPosted on 15th March 20175th July 2018
Big Ben strikes once on a drizzly London morning. Today my working day kicks off at the Palace of Westminster, a nice change of...