This is a dark day for internet freedom.

(If you live in Europe.)

Yesterday, the European Union passed two internet copyright laws that threaten to undermine free speech, creativity, and the funny videos you like to watch while taking a bathroom break.

Article 13 requires platforms to “work proactively” to prevent copyrighted material being uploaded to their site.

There’s nothing wrong with the intent of the law. But in practice, it promises to be a total cluster-$%#@.

Essentially, the law would force websites to review all content for copyrighted material before it’s made public on their site.

The problem? Well, let’s take a look at YouTube.

Obviously, no one is sitting there and watching all these videos. Even if you could somehow muster the workforce, your employees would go literally insane after watching their fiftieth DiGiorno pizza review. 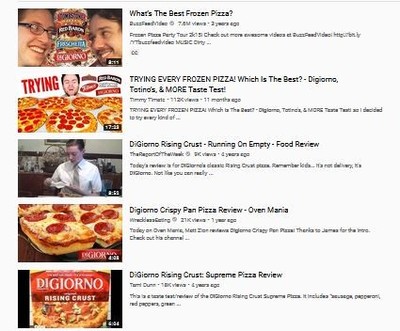 Which can only mean one thing: Automatic filters.

YouTube has a type of automatic filter in place that was built to capture copyrighted content. But it took them 11 years to build and refine the tech. And it still sucks.

A human can easily tell if an image or video clip is being used in fair use (like in a movie review or parody). But all a filter can do is detect pixels and sound.

With the legal onus of copyright law now on YouTube, the company will be forced to jack the filter all the way up to 1984 levels of censorship to ensure nothing slips by.

That said, YouTube will probably be fine. It has immense resources at its disposal and was well aware a law like this was a possibility. YouTube execs probably have a break-glass-in-case-of-dumb-law plan already in place.

The real people who will be hurt by this law will be small content creators who depend on being able to quickly and regularly upload videos for ad revenue.

Not to mention smaller companies that haven’t the money, tech, or resources to build their own filters.

Article 11 would require news aggregators like Google News to pay a tax on every single article they link to.

Let’s just think about this for a moment.

Google News, which funnels readers to news websites daily (for free) would be required to pay those websites for pushing their content to thousands of people.

We already know how Google is likely to respond. When a similar law was passed in Spain, Google News just packed its bags and said adios.

I guess the media have been able to turn around that whole “dying industry” thing and don’t need the clicks anymore.

After the vote, Google said in a salty statement that the bill “will still lead to legal uncertainty and will hurt Europe’s creative and digital economies.”

While German lawmaker Axel Voss, who was the bill’s lead backer, said, “We have agreed on a new set of rules which will do exactly the opposite of killing the internet.”

(Which presumably means it will unkill it. Like a zombie or a Frankenstein.)

What do you think? Is this a much-needed law to keep big tech in check? Or is this the start of Europe’s Orwellian nightmare?

Ooooklahoma: Where Big Pharma Finally Gets Its Comeuppance

This is the first settlement of the more than 1,600 lawsuits faced by Purdue. But this thing is far from over.

The OxyContin maker is looking at lawsuits in more than 33 states. (Another $9 billion should put you in the clear, guys!)

The majority of the 1,600 lawsuits are accusing Purdue of aggressive marketing that triggered widespread drug addiction and directly contributed to the ongoing opioid crisis.

(It might have been easier for Purdue to deny the claim if they hadn’t written down their evil plans on little memos and circulated them throughout the company.)

According to the terms of the settlement, Purdue will fund an addiction and treatment center at Oklahoma State University, foot the bill for $20 million worth of medicine, pay $12.5 million in reparations to local cities and counties, and pony up $60 million to cover litigation.

Attorney General Mike Hunter’s lawsuit accused Purdue of contributing to the eightfold rise in drug overdoses between 1999 and 2012. (It’s no coincidence that Purdue’s flagship drug, OxyContin, hit the U.S. market in 1996.)

The Opioid Crisis by the Numbers

I’d be lying if I said that watching these dirtbags slog from state to state, hemorrhaging money, didn’t give me some sort of satisfaction.

But the sad reality is that we are still in the throes of the worst drug addiction crises this country has ever faced.

There is one drug, however, which is not yet widely available, that has been shown to effectively reduce the spread opioid addiction.

According to a study published in JAMA Internal Medicine, in states where the drug is available “there was about a 25 percent lower rate of prescription painkiller overdose deaths.”

The service, which was only announced yesterday, is already up and running. But don’t expect flying robots to be dropping exercise equipment on your front lawn any time soon. 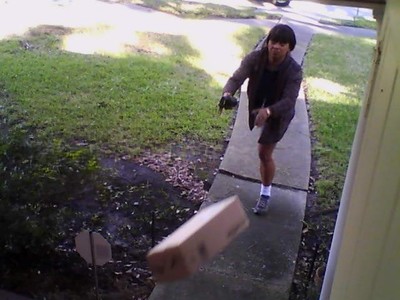 Technically, UPS has had an airborne delivery system for years.

For now, the drones will deliver their packages to a single customer: WakeMed hospital in Raleigh, NC.

The little robot buddies, that were designed by drone startup Matternet, will carry medical supplies and specimens (like blood and other gross fluids) to and from the hospital.

The drones will fly along a pre-determined path monitored by a “remote pilot-in-command” (also known as an R-P-I-C or N-E-R-D). And the system will be overseen by the Federal Aviation Administration and the NC Department of Transportation.

There are still many regulations that prevent the devilment of a full-scale drone delivery system. But UPS is looking to the healthcare sector as the best bet to make some headway on those regulations.

After all, who’s going to stop lifesaving medicine from getting where it needs to go faster and safer?

UPS’s stock popped 1.21% on yesterday’s news and continued its upward trajectory when the markets opened this morning.

What do you think about a drone delivery system? Is this the only way forward? Is it a job killer? Is there an unseen danger that we’re not considering here?

Yes, they are far behind. Yes, they are working with fewer resources. But they have a perspective that no one else can bring to the table.

What are they going to do with that perspective? I have no idea. And that’s amazing.

In yesterday’s One Last Thing, we took a look at some of the big tech companies that were investing in Africa’s emerging tech sector. (Hint: they rhyme with Shmoogle and Shmacebook.)

But today I want to focus on some of the companies and ideas coming out of Africa and highlight why their unique perspective could give them an advantage in an overcrowded industry.

Earlier this month, Africa’s first tech unicorn (a startup valued at more than $1 billion) applied for IPO on the New York Stock Exchange.

Jumia is Africa’s largest e-commerce platform (think of it like the African version of Amazon or Alibaba). And at its most recent round of funding (2016), it was valued at about $1.2 billion.

Jumia’s 2018 financials, which it had to disclose when it applied for IPO, don’t exactly paint the rosiest of pictures. (Last year, Jumia’s losses widened to $195.2 million on revenue of just $149.6 million.)

Nevertheless, unicorn status for an African internet company is a historic achievement considering only 13.5% of Africa’s population had internet access when Jumia was launched in 2012. (Connection rates are now up to an estimated 28%.)

But the most interesting ideas coming out of Africa are not the “African version of [insert already successful idea]”. But ideas that leverage the unique perspectives and challenges of the African people.

One example is Ubenwa, a Nigerian startup that has been called “Shazam for babies.”

(That’s not super accurate though. If it was “Shazam for babies,” it would be an app that could identify specific babies from their cries. Which would be creepy and only useful in super weird situations.)

From just their crying, this app can diagnose babies with birth asphyxia — a major cause of death in African babies. Detecting the problem early could save thousands of lives.

It’s ideas like this one that have me excited about Africa’s emerging tech scene.

Yes, they are far behind. Yes, they are working with fewer resources. But they have a perspective that no one else can bring to the table.

What are they going to do with that perspective? I have no idea. And that’s amazing.

Why the EU will collapse

Economy
Author Pieter CranenbroekPosted on 8th February 20175th July 2018
My interview with Ian Dunt about what we can expect once the government triggers Article 50.

Economy
Author Shane OrmondPosted on 3rd May 20192nd May 2019
Prohibition was meant to be a magical law that solved all our problems. It would end crime and corruption, reduce the tax burden created...