I hope you like roller coasters, folks. Because someone put the entire world economy on one (and it’s one of those rickety-ass seaside carnival ones).

The DOW tanked 800 points yesterday after some troubling economic data (the world’s largest exporters are not exporting as much as they should be) and yet another a recession signal flashed red (a graph turned upside down).

Unfortunately, the fine gentleman in charge of this ride snapped the stop leaver off and we’re stuck up here until Bob from maintenance arrives.

Chinese officials released two conflicting statements on the trade war today, sending markets into a dive after the opening bell and rebounding sharply within the hour.

If I was being cynical, I’d say China was trying to make a point. (But then again, it’s a very large country and maybe these two officials just didn’t run into each other this morning.)

According to the first official, China will take “necessary countermeasures” against the U.S. if President Trump goes ahead with his planned Sept. 1 tariffs.

President Trump announced plans yesterday to postpone penalties on mobile phones, toys, laptops, video games, shoes and clothing until Dec. 15 (because nobody wants to be the President who stole Christmas.)

However, about 40% of the proposed tariffs will still go into effect on Sept. 1, including a tax on shelled nuts. (Or was it nuts in the shell? I dunno. Maybe stock up on nuts now, just in case.)

China didn’t give us any indication of what these “Necessary Countermeasures” would be. (But it sounds like it’s probably a Steven Seagal movie.)

“We hope the U.S. can work in concert with China to implement the two presidents’ consensus that was reached in Osaka, and to work out a mutually acceptable solution through equal-footed dialogue and consultation with mutual respect.”

Right now, the sticking point in negotiations seems to be over claims that Beijing steals technology from U.S companies operating in China. (I say “claims” but, you know, it’s what they do.)

Stocks rose after China made its second statement this morning but they can’t take all the credit. The Commerce Department released its report this morning on retail sales in the U.S. in July. (More on that below.)

The Economy’s Life Support System is You

The U.S. consumer is singlehandedly propping up the U.S. economy with retail sales right now.

(Marvel hero pitch: The U.S. Consumer — they just buy stuff from Thanos’ raw kombucha stand until he goes back to his own planet.)

Analysts had expected somewhere in the region of 0.3%. But you try and tell Dave he can’t get his new zucchini spiraliser just because economy nerds are worried about a slowdown in economic growth.

A fair-sized portion of that growth is due to a 2.8% blast upwards in online sales (linked directly to that one day where everyone with an Amazon Prime membership buys a widescreen TV).

But even brick-and-mortar stores held their own last month, with department stores and electronic stores banking a sharp rise in sales.

There’s a lot of anxiety about the global economy. But, for now, a record-low unemployment rate and healthy labor market are keeping consumers confident, the U.S. economy out of recession, and refrigerators stocked with barely flavoured seltzer water.

E-commerce website Overstock.com has managed the grand feat of losing a third of the company’s market value in just two days.

Last Thursday, Overstock released a sweet little earnings report, revealing a much smaller loss than analysts and investors had expected. The stock closed out Friday at the highest levels since October.

Unfortunately, Overstock’s CEO has a terminal case of Elon-Musk disease and had to open his big ole mouth.

On Monday, without provocation and for no apparent reason, the company released a statement entitled “Overstock.com CEO Comments on Deep State.”

In the 100% unsolicited document, CEO Patrick Byrne detailed how “men in black” working for the Deep State recruited him to investigate Donald Trump and Hillary Clinton.

“Starting in 2015 I (operating under the belief that I was helping legitimate law enforcement efforts) assisted in what are now known as the ‘Clinton Investigation’ and the ‘Russian Investigation’ (in fact, I am the notorious ‘missing Chapter 1’ of the Russian investigation),” Byrne said (though I don’t know why you would think anyone other than Byrne would have said that.)

“[The investigation] turned out to be less about law enforcement and more about political espionage conducted against Hillary Clinton and Donald Trump (and, to a lesser degree, Marco Rubio and Ted Cruz).”

(To be fair, most law enforcement agencies are always investigating Ted Cruz just to be 100% sure.)

The two-day slide erased more than a month of gains. (Gasp! Perhaps it was the Deep State that… *sound of a window being smashed and your editor being garroted with piano wire* Hello. I’m fine. Nothing going on here.)

Overstock’s stock (OSTK) rose more than 18% today as investors chased a rebound. But the company’s market value is still nowhere near the high of last Friday.

“I will speak no more on the subject,” wrote Byrne, as he was dragged away by the men in black. “Instead, having lived in places lacking Rule of Law and having witnessed the consequences of its absence, I plan on sitting back and watching the United States Department of Justice re-establish Rule of Law in our country.” 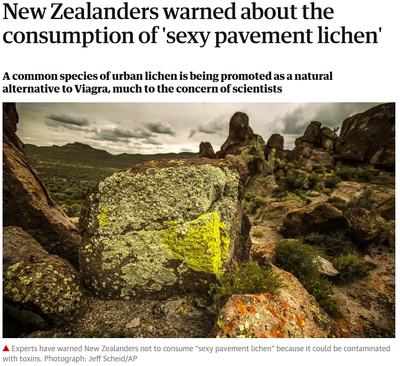 Instead of your usual One Last Thing, I want to take care of a little housekeeping.

This Friday and Monday, your editor (me) will be away on vacation. So, instead of your usual One Last Thing, you’re going to get something a little different.

On Monday, you’ll be getting a guest essay from Money & Crisis editor and financial analyst Graham Summers on the coming black swan even your broker doesn’t know about.

I’ll be back with your regularly scheduled programming on Tuesday before the Stockholm Syndrome wears off. Until then, do me a favour and send me an email to let me know what you think of our guest pieces.

We’re building this airplane as we’re flying it and your feedback is invaluable to us (even the mean stuff).

Economy
Author Jim RickardsPosted on 31st August 20175th July 2018
Politicians in Germany and the US are rediscovering gold’s power...

Economy
Author Sean KeyesPosted on 15th July 20155th July 2018
You only get one chance to make a first impression, and I wonder whether I blew my chance with the readership of Penny Sleuth.