U.S. cattle ranchers are saddling up for one last ride against the tyranny of vegetables that kinda tastes like meat.

According to a report by the WSJ, beef producers and their allies are rounding up a posse of food scientists and lobbyists to ramp up the countercampaign against beef alternatives like the Impossible Burger and Beyond Meat.

These plant-based frankenburgers currently make up just 1% of the total volume of meat sold in the U.S., according to Nielsen. But ranchers saw what happened to the dairy industry when they dismissed the existential threat of the dreaded oat and almond milk. (And now they’re all dead.)

“Anytime someone walks in the grocery store and makes a decision not to purchase our product and purchase another… we’ve lost a potential consumer,” cattle rancher, lobbyist, and hat fancier Jess Peterson told the WSJ.

“It’s a very small number, but it’s a number that can grow.”

Last year, the Center for Consumer Freedom launched a campaign to cast doubt on the supposed health benefits of a soy protein burger that bleeds beetroot juice.

The non-profit group, which is partly funded by the meat industry, penned dozens of op-eds in local and national newspapers, calling attention to the veggie burgers processing and ingredients (and occasionally comparing them to dog food).

(Ed note: Nutritionists who have conducted analyses found that the Impossible Burger and Beyond Meat burger are… “okay.” You won’t magically get healthy eating these things, but you probably won’t grow a third eye either. In fact, it’s about the exact same as eating a regular burger.)

Beef producers have even developed a voice-activated app, compatible with all the big-name speakers that spy on you when you’re at home, to answer all your questions about beef and beef alternatives.

“The best alternative to beef,” it says, “is more beef.”

When asked by the Wall Street Journal if big meat needs to worry about little meatless, Impossible’s chief executive and founder Pat Brown said yeah, my dude, the Impossible Burger is specifically designed to jangle their beans.

The feds in the U.S. have launched a criminal probe into at least six opioid makers and distributors, invoking laws usually reserved for dudes who ship their “product” through the Everglades on a fan-boat.

The investigation, which may result in the single largest prosecution of companies connected to the opioid crisis, will ask the question:

Did these corporate execs intentionally flood American communities with deadly opioids and should they start brainstorming cool prison nicknames right now? (Feel free to use any of these: Fentanyl, Oxy, Vicodin, Bone Dawg.)

Prosecutors will examine if the companies violated the Controlled Substances Act, a law typically reserved for prosecuting drug traffickers and people who move to Florida before they’re 30.

Drug companies have faced civil charges under the Controlled Substances Act in the past for failing to monitor deadly and addictive drugs. But to bring criminal charges against the opioid makers and distributors, the feds will have to prove they willfully and intentionally broke the law.

Under the Act, executives and companies are required to report suspicious orders that could indicate drugs are being used for fun, nonmedical purposes.

Like, for example — and let’s just make up a buck wild fantasy example that couldn’t be real — if the rural town of Kermit, West Virginia (population: 380) bought 5.7 million opioid pills.

Oh, sorry. I accidentally gave a real example there. Aw well, I wouldn’t want to jump to any conclusions. Maybe the gentlefolk of Kermit all have a real bad back and need 15,000 powerful narcotic painkillers each.

However, the investigation is still in its infancy and prosecutors are expected to subpoena additional companies in the coming months. (We’re running a fantasy opioid epidemic league in the office. If a certain middle-aged millionaire gets charged before Christmas, I’ll win $85 of beer coupons.)

“[Johnson & Johnson] believes that at all times its anti-diversion policies and procedures for distribution of its opioid medications complied with the law,” a spokesperson for the company coughed through a cloud of carcinogenic baby powder. “In fact, monitoring data shows that the company’s opioids were rarely diverted or abused.”

Since 1999, overdose deaths from opioids have increased almost six times, killing about 130 Americans every day. Resolving the opioid crisis was a key talking point on the campaign trail for President Trump. And yesterday, he committed $100,000 of his presidential salary to battle the epidemic.

Papa John’s founder John Schnatter ate 40 pizzas in 30 days and says they just don’t taste the same as used to. (Though that may just be the diminishing returns on eating 40 pizzas.)

Sweating like a man subsisting on a diet solely consisting of pizza and Welch’s Grape Soda, a red-faced Schnatter told WDRB that the recipe has obviously changed since he was fired from the company for dropping the n-bomb during a May conference call. 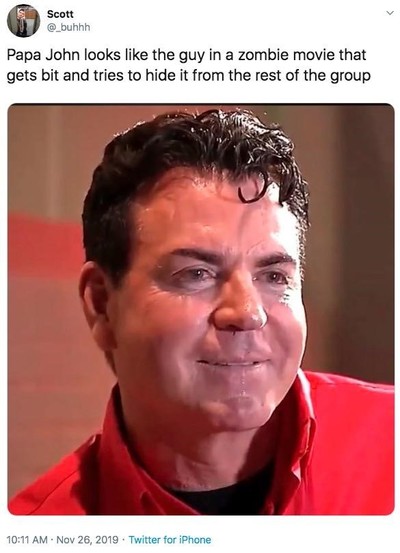 Schnatter called the controversy a “farce” and accused board members and insiders of conspiring to oust the founder from his own company.

“Nothing sells like the truth,” said Schnatter, who I’m pretty sure was having an actual heart attack on air. “And the truth, sooner or later, all comes out.”

“I just didn’t know it would happen from people on the inside doing this. I thought it would come from the outside.

“Olivia Kirtley and Mark Shapiro should be in jail. It’s that bad. What they’ve done is just wrong, and they’ve hurt a lot of people.”

Following his dismissal last year, Schnatter (who doesn’t mind if you call him “Papa John”) filed several lawsuits against his former company but has since dropped those claims and settled out of court.

Shares of Papa John’s (which trade under the most-excellent stock ticker: PZZA) rose 1% after the interview was released yesterday and is up 55% on the year to date. (Though that may be from all the pizzas Schnatter’s been buying since his departure.)

Before the interview ended, Papa John warned his former employer that “a day of reckoning” was coming.

“Stay tuned. The day of reckoning will come,” said Schnatter, with the far-off look of a man writing a manifesto in the woods. 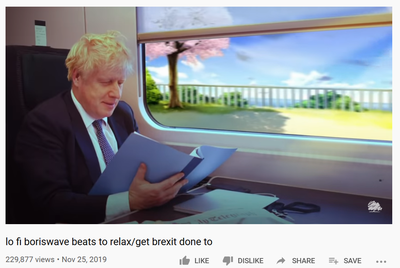 For more than a year now, the mainstream media has been not so subtly suggesting we’re sliding into a recession.

But according to our in-house macroeconomist and currency expert Graham Summers, not only are we not in a recession, we are in one of the greatest bull markets of the last 100 years.

I asked Graham to swing by the OLT offices today, and explain what’s going on and why he believes this all goes back to a secretive un-reported meeting at the White House in February.

We are currently in the last great bull market of our lifetimes, Shane.

There have been THREE major bull markets in the last 100 years:

Each of these bull markets has ended in a bear market/consolidation period in which stocks went nowhere for DECADES (minimum 15 years). See for yourself on the chart below. 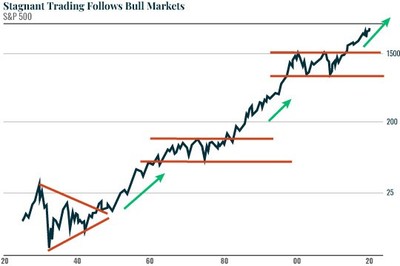 When this bull market ends, it will be no different. Which is why it’s crucial you jump on this opportunity now before it’s too late.

Meanwhile, the Fed – the most important central bank in the world controlling the U.S. dollar, the world’s reserve currency – is now expanding its balance sheet at a pace of $100 billion per month.

Yes, $100 billion, despite the fact its official QE program is only $60 billion.

On an annualised basis, this means the Fed is now funneling over $1 trillion into the financial system every year. 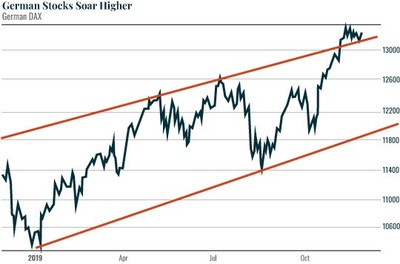 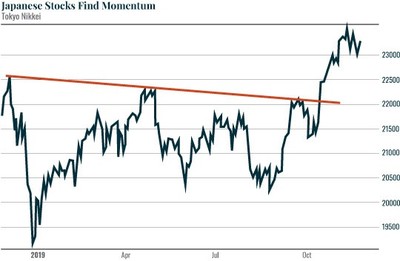 And in the U.S., most major indexes have hit new all-time highs. Even the laggards are now playing catch up.

Everything Economists "Know" Is Wrong

When it comes to the thrill of investing in cutting-edge companies, you can’t do better than penny shares. Tom Bulford looks back at some of his past triumphs.

Thousands of private investors will have piled in to the Direct Line initial public offering (IPO). But they’re making a grave mistake, says Tom Bulford. Here, he explains why.

Investing
Author Sean KeyesPosted on 8th June 201612th July 2018
Uber is a smash hit in London. But as greedy or insane as it sounds, Uber wants more. It doesn’t want to just displace...