Last week, an unknown bitcoin whale moved $1 billion worth of bitcoin, the single most valuable transaction in crypto history.

(Not to be confused with cryptid history: the study of how Bigfoots have been embedded in the highest tiers of the U.S. government since its conception. Wake up, sheeple!)

Call me @Ishmael: A bitcoin whale is any single individual or entity that holds a disproportionately large amount of bitcoin. Whales can have a significant effect on the entire market when trading. (And they consume 8,000 pounds of krill daily.)

As first reported by the Twitter account @whale alert, an unknown crypto trader transferred 94,505 bitcoins valued at over $1 billion late on Thursday night.

Technically, there have been larger transactions of bitcoin in the past. Though in those cases, a single bitcoin wasn’t anywhere near as valuable as it is now. (But the crypto fanboys were just as insufferable all the same.)

Because of the semi-anonymous nature of the blockchain, we know that an enormous shift of coin happened. But there’s no way to tell who sent or received the $1 billion payload.

But folks in the crypto community (AKA my nephew Jeremy and some angry people in a forum) have some theories about who could be moving such a large amount of coin.

Some think it might just be an early adopter consolidating all their bitcoin addresses. While others believe a large company is stockpiling crypto in case of a global financial crash.

Well folks, we’ve finally whittled down the Dems enough to fit them all on one stage. (The ones that actually matter anyway.)

There are still some folks in the race that didn’t meet the DNC’s requirements for a spot on the stage last night. But realistically, they have about the same chance of getting elected as a wax effigy of John Wilkes Booth. (His stance on gun control might surprise you.)

Can’t We All Just Get Along?

At the third Democrat debate in Houston last night, the Dems once again ganged up on poor Old Joe Biden, attacking his record and, at one point, even his memory.

During a disagreement over healthcare, Julián Castro accused the former vice president of forgetting what he said only moments ago.

South Bend, Indiana, Mayor Pete Buttigieg tried to take his high horse on the high road, scolding his fellow candidates and saying “this kind of name-calling is why presidential debates are becoming unwatchable.”

For the most part, Old Joe performed better than he has at the previous two debates, deflecting the attacks on his record and ideas confidently. A-a-a-and then he descended into a rambling, nonsensical diatribe about record players and social workers.

When asked about comments he made about segregation and reparations in the 70s, Joe did his best impression of Marianne Williamson with a convoluted, long-winded answer about paying teachers more, leaving a record player on for sleeping children, and (for some reason) Venezuela.

We bring social workers into some and parents to help them deal with how to raise their children,” said Biden, about midway through a rant that’s wa-a-a-a-y too long to print in full here.

As Biden wrapped up a Samuel Beckett-esque monologue (which he will be receiving no extra credit for this semester), Castro summed up the feeling of the entire country with a bitchy little quip:

“Well… that was quite a lot,” said the former United States Secretary of Housing and Urban Development. (Who hurt you, Castro?)

I’m the Only Candidate on this Stage

In an attempt to set themselves apart from all the other candidates, the Democrats on stage last night ended up sounding a lot alike.

Almost every candidate invoked the good name of a certain Mr. Barack Obama. And without fail, every candidate said, at least once, “I’m the only candidate on this stage that will [insert whatever their platform is].”

(Are all these Dems using the same speechwriter or something?)

Beto O’Rourke had the breakout moment of the night, drawing cheers from the crowd of Houston Dems with his proposal for a “mandatory gun buyback program.”

“Hell yes, we’re going to take your AR-15, your AK-47,” said Beto. “We’re not going to allow it to be used against our fellow Americans anymore.”

All in all, last night had no clear winner. Unless you count Elizabeth Warren who just kinda chilled and didn’t get involved with any of the bitchy infighting. But that’s a low bar to reach.

You know, I’m glad that all this stuff is coming out about Epstein and his dirty dealings with some of the richest a-holes in the world. But I’d really like a day off from reporting on all the creepy stuff this ultra-rich pedophile got up to with his friends.

The latest tidbit of depravity involves an air traffic controller who spotted Epstein getting off a plane from his weird sex island with girls as young as 11 or 12 years old. (And conveniently waited until Epstein was arrested to speak up.)

This revelation comes to us courtesy of a batch of newly released government documents disclosed by the website MuckRock, which specialises in making public document requests and publicising government files.

According to the report, the air traffic controller saw, on two separate occasions, “Epstein get off the plan with young girls.”

On one of the trips, Epstein was with two girls “who appeared to be 11 to 12 years old.” While on a second occasion he disembarked with “a girl [that] looked to be 16 to 18 years old.”

The air traffic controller kept shtum about the incidents (because ratting out billionaires can affect your upward mobility in any career) until Epstein was arrested at a New Jersey airport on child sex trafficking charges in July of this year.

Epstein (who the mainstream media have a creepy habit of referring to as a “financier with a known penchant for young girls”) died in a jail cell, five days after the report was filed.

Folks who’ve been following Epstein’s case for years, like myself, are worried that the investigations into his sordid dealings will die with Epstein.

But earlier this week, French police posted an appeal for victims of Epstein living in France (where Epstein often visited) to come forward. So far three victims have already reached out to the police. 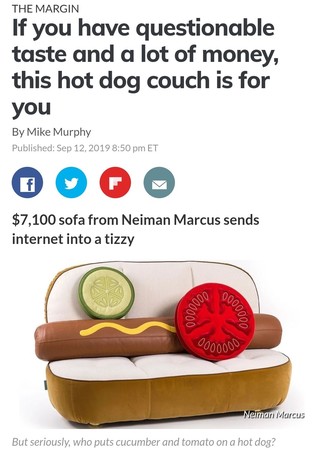 Begun the Currencies Wars Have

According to our in-house geopolitical experts, Graham Summers, the next big war won’t be fought in trenches or tanks or attack helicopters with detachable missiles and torpedoes, figures sold separately.

No. The next world war will be fought by central banks implementing increasingly aggressive monetary policies

In its simplest rendering, World War III will consist of central banks in an attempt to “devalue their currencies against their trading partners in order to gain a competitive advantage.” (Good luck trying to make a toy line out of that, Hasbro.)

According to Graham, this war isn’t just a certainty, it’s already begun. And Europe fired the first shot yesterday.

“After promising a major move for the better part of a month,” says Graham. “yesterday the European Central Bank (ECB) announced that it would: cut interest rates even further into the negative (they’re now negative 0.5%); introduce a new open-ended QE program of €20 billion per month; and lower the interest rate the ECB charges EU banks that wish to borrow from the ECB as a means of life support.”

“In one single meeting, the ECB introduced not one but THREE major easing programs. Not only did the ECB cut rates, but it also introduced an “open-ended” QE program, meaning that this program could run forever (there is no target end date) while also giving EU banks access to cheaper credit.

“Put simply, this was a “nuclear bomb” of central bank policy. And it will be hitting the U.S. and China hardest – Europe’s two largest trading partners.”

According to Graham, the ECB actions yesterday signal we’re in the equivalent of “late 2007” for the next crisis. And it’s only getting warmed up.

We’ll have more from Graham on this situation as it develops.

The Four Dynamics of Bubbles

Small-cap miner Gemfields is to buy the loss-making luxury goods maker Fabergé. But the takeover makes no sense, says Tom Bulford. Here, he explains why.

Investing
Author Sean KeyesPosted on 26th January 201612th July 2018
Today I want to show you how Netflix has grown into a $50bn market cap stock market giant (at the expense of the existing...