At an estimated value of $100 billion, Uber is set to be the largest IPO in U.S. history.

But like a friend who’s had too much to drink, the company had to (legally) disclose some information you did not want to hear. (Nobody wants to listen to another story about your “relationship problems,” Greg.)

It’s starting to look like Uber and Lyft are actually competing to see who can burn the most money and never turn a profit:

Uber’s gross bookings rose by 40% in 2018. But that figure is a bit of red herring. The vast majority of that growth is coming from their rapidly expanding Uber Eats food-delivery service.

The problem? Uber’s take for Uber Eats is a lot less than its rideshare service.

Whereas its get-drunk-people home side of the business only has to make payments to drivers, Uber Eats has to pay both drivers and the guy that made the Garfield-shaped pizza. 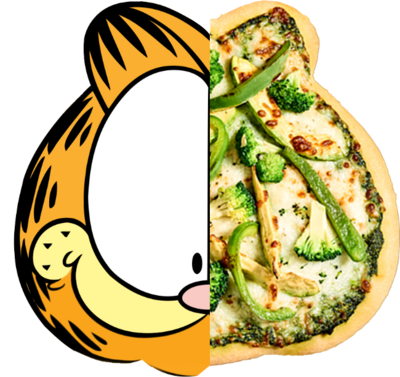 This is a real thing that exists. And that makes me sad.

Uber’s biggest challenges… and how to solve them

Which means any anti-Uber law passed in these cities is going to severely cut into its bottom line — like New York’s new minimum wage law for Uber drivers (known locally as the “I’m Not Walking Here” Law).

But the biggest threat to Uber right now would be a law forcing the company to recognise its drivers as employees instead of independent contractors.

Space Force is UNDER ATTACK!

President Trump’s plan for a “tremendous” Space Force came under bipartisan fire yesterday as lawmakers questioned the necessity for a sixth branch of the military.

Acting defense secretary Patrick Shanahan appeared in front of the Senate Armed Services Committee, along with several Pentagon leaders, to argue in favour of the president’s Space Force proposal.

The team of top military officials argued that Space Force (while sounding a little like a crappy B-movie) is, in fact, a necessary step to protect America from the growing threat from Russia and China. 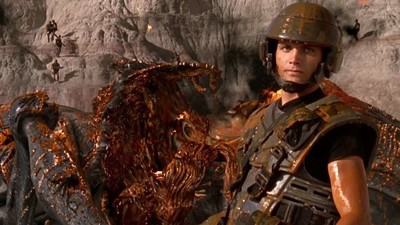 I’m not saying aliens are real. But if they were, wouldn’t it be nice to have a Space Force?

Russia and China are both working on technology to target and destroy U.S. military satellites that control our guided munitions, missile defense systems, and GPS. (How are we meant to win a war if we keep getting lost on the way there?)

Establishing the 16,500-person Space Force is projected to cost the U.S. an estimated $2 billion spread out over five years — giving it the highest overhead-to-operation ration in the military.

Senator Angus King, an independent from Maine, said he thinks the current setup, where space defense is the domain of the Air Force, is working fine.

“I’m genuinely undecided, although as you can tell, I’m skeptical,” King told the Pentagon officials. “I don’t think it’s broken. You’re doing a good job. Why are we going to ‘fix’ it?”

Senator Joni Ernst, an Iowa Republican, and James M. Inhofe, the Republican committee chairman also questioned the need for an entirely new branch of the government.

Senator Jack Reed, the committee’s top Democrat, said he agreed that America needed to up its space game.

“However, creating a new branch of the armed forces for the first time in 70 years is not a decision Congress should make lightly,” he said. “Such a major reorganization would have long-lasting consequences, both intended and unintended.”

The harshest criticism for Trump’s plan to put our boys and girls in space came from Democratic presidential candidate Senator Elizabeth Warren.

“None of the ideas I’ve heard today clearly spell out how a space force leads to improved security in space,” she said. “Instead, all I see is how a new space force will create one more organization to ask Congress for money. And there is no reason to believe that adding an entirely new space force bureaucracy and pouring buckets more money into it is going to reduce our overall vulnerability in space. I think the taxpayers deserve better than this.”

For now, the state of the Space Force is in limbo until lawmakers draft their annual defense bill later this year.

We’ll have to wait until then to see if they include the Space Force in the budget.

But, if you ask me, Congress should just shut up and: 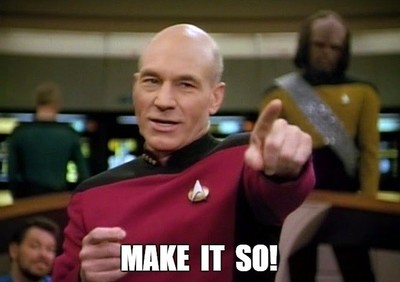 But only if we get cool uniforms like these.

What do you think? Colossal waste of money? Narcissistic ego trip? Or a vital step in the continued freedom and safety of the people?

Today, in creepy science news, Chinese researchers have created a new type of monkey with a more human brain.

According to a study published in Beijing’s National Science Review journal, researchers took a human brain gene and introduced it into monkey embryos by means of a virus.

(I think we can all see where this is going.) 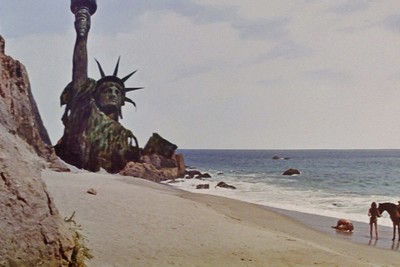 “Is this climate change?”

Of the 11 monkeys who were injected with the human brain virus, only five survived. (I feel like I’m writing a lazy script for a bad horror movie.)

“But were they any smarterer?”

The five surviving monkeys were put through a barrage of tests to access their mental abilities.

The monkey’s performed better than a control group on short-term memory tests. But it took them a lot longer to develop their brain, just like a human baby. (Great, they’ve created baby monkeys that can’t look after themselves.)

There’s been an explosion of genetic research performed on monkeys in China in the last few years.

Partially because the U.S. and other countries have strict laws about what can and cannot be tested on primates. But also because you can get a bargain price on monkeys in China.

Of course, this creates some pretty weird ethical dilemmas. (Putting aside for a moment that the procedure kills more than 50% of the monkeys that are tested on.)

What exactly are we trying to achieve here? And if these guys could successfully create a monkey with human intelligence… would that give it the same rights as a human being? (Not that it would matter much in China. The government has locked up millions of Chinese citisens in concentration camps for “being Muslim.” And those folks are definitely human beings.)

I wanna get your read on this. Is this what bad science fiction writers were warning us about all along? Or is this the way forward?

I’d especially like to hear from any reader’s in the scientific community who could give us a little insider perspective on this.

The Pension Detective Sounds the Alarm for Retirement Crisis

An SEC lawyer turned financial detective has weighed in on the Retirement Crisis we’ve been covering since the launch of One Last Thing.

And it’s not looking good, folks.

Ted Siedle is best known as the financial detective who blew the whistle on JPMorgan Chase’s conflict of interest in the investments they were recommending customers. (And was awarded $78 million for his trouble.)

Ted is the nation’s leading expert in forensic investigations of money managers and pensions. He has investigated well-over $1 trillion in mismanaged retirement plans. Which has earned him the nickname the “Pension Detective.” (I thought Angela Lansbury was the pension detective.)

In the Peak Prosperity Blog’s podcast earlier this week, Ted confirmed our worse fears about the brewing crisis.

In the decades to come, we will witness millions of elderly American’s, Baby Boomers, and others slipping into poverty.

‘Too frail to work, too poor to retire’ will become the new normal for many elderly Americans.

Siedle says that those looking to Wall Street’s pension managers to solve all their problems will be sorely mistaken.

“Wall Street’s solution to every investor problem is, and will always be, pay us more fees.”

Investors then pay those higher fees for “ever riskier rolls of the dice,” in an effort to chase returns, which “has resulted, predictably, in worse performance.”

As Siedle points out, many of the oversight boards are staffed with people who have no experience managing portfolios and are heavily influenced by politics.

“Pet projects, such as sports stadiums, get funded to disastrous results,” he said, “while making local politically-connected ‘friends of the pension board’ rich.”

Amazon is Listening to Your Private Conversations

Economy
Author David StevensonPosted on 8th February 20195th March 2019
Back in the day, central banks were seen as…well, rather boring, to be honest. Lots of grey suits talking about indecipherable things such as...

Economy
Author Shane OrmondPosted on 15th May 201915th May 2019
The U.S. president’s eldest jar of talking hair gel, Donald Trump Jr., has agreed to testify before the Senate Intelligence Committee, ending an uncharacteristic...