Lock up your daughters and top officials in the Department of Homeland Security.

President Trump is having himself a PURGE.

On Sunday afternoon, Kirstjen Nielsen announced her resignation as the secretary of Homeland Security. And she made her announcement in a way that makes it 100% clear this decision was her choice.

“Apparently she found my good looks too distracting.”

Nielsen’s “resignation” is part of an operation to replace floor Republicans and top security officials with players sympathetic to the president’s beliefs.

Last week, Trump called for leaders who will take his border security policies in a “tougher direction” who would take the influx of migrant families as seriously as he does.

Some folks with a flair for the dramatic have been calling this mass ousting THE PURGE. And so am I. Because it sounds as cool as all heck. (*Puts on sunglasses and skateboards away*)

THE PURGE began last Thursday with the news that the president had withdrawn his nomination of Ron Vitiello for the position of Immigration and Customs Enforcement chief.

Nielsen’s dignified and 100% voluntary exit was followed by the dismissal of Randolph Alles as Secret Service director. 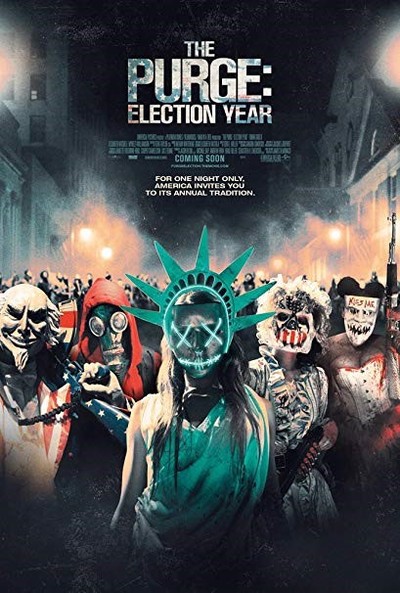 Actual photo taken inside the DHS this weekend.

THE PURGE seems to have totally blindsided members of the Republican Party.

Representatives voiced their concerns over Nielsen’s dismissal this morning, with the general consensus being that Nielsen was doing her best but was hamstrung by current U.S. immigration law.

“It’s a mess,” Sen. John Cornyn (R-Texas) told Politico. “Strikes me as just a frustration of not being able to solve a problem. Honestly, it wasn’t Secretary Nielsen’s fault. It wasn’t for lack of effort on her part. I don’t know if there’s anybody who’s going to be able to do more.”

“Nielsen was doing the best she can.” said Sen. John N. Kennedy (R-Louisiana) “She can’t make Congress get off its ice-cold, lazy butt and fix the asylum laws. She can’t build a wall by herself. She can’t make the Central American countries work with us. … Only the president can do that,” “If someone resigns and then the White House staff cuts ‘em to pieces, I just think that’s classless.”

What do you think? Is all this reshuffling pointless given current U.S. immigration law? Is this the shot in the arm Trump’s immigration plan needs? Or is this a colossal waste of time and money?

Burger King’s Impossible Whopper has put the fear of plant-based proteins in the meat lobbyists.

The Impossible Whopper — in case you missed BK’s April Fools/not-an-April Fools Announcement — is billed as a Whopper just like any other. Except its patty is made from a plant-based burger substitute developed by Impossible Foods. (And presumably healthier because of it.)

Mission Impossible: The impossible burger was developed in a lab to perfectly imitate the taste and look of a burger. Genetically modified yeast is used to produce the exact same protein that gives meat its meaty flavor. The burger even bleeds like the real thing. (Cool but kinda creepy, guys.)

Impossible Foods’ meat substitutes have been getting some juicy press in the last year or so. In that time, it expanded its brand to China and more than tripled production of its flagship product — Impossible ground beef.

But Burger King’s announcement to start selling IF’s not-meat meat is a serious wake-up call for the meat industry. Nobody knows that better than Eric Bohl, the director of public affairs at the Missouri Farm Bureau. 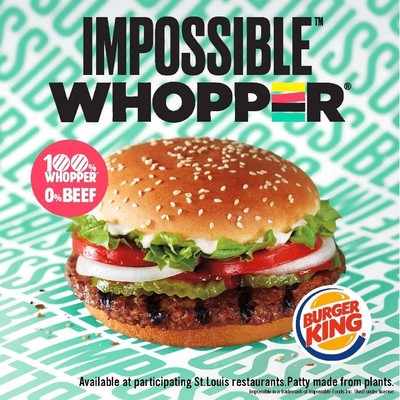 Eric took a trip down to his local BK to compare the Impossible Whopper to the real thing. (Nothing like a two-burger lunch to keep your energy up.)

And he was unpleasantly surprised how good it was.

In an email to fellow lobbyists, Bohl wrote:

“This is not just another disgusting tofu burger that only a dedicated hippie could convince himself to eat.

“If I didn’t know what I was eating, I would have no idea it was not beef. Farmers and ranchers need to take notice and get ready to compete.

“I’ve tasted it with my own mouth, and this fake meat is ready for prime time.”

“If farmers and ranchers think we can mock and dismiss these products as a passing fad, we’re kidding ourselves.”

For now, the Impossible Whopper is being trialled in 59 restaurants in the St Louis area. But if the Missourians eat up their pitch, you can bet your bottom dollar that the King will roll out this creepy science project to the rest of the kingdom.

Impossible foods are one to watch. They’ve been growing like crazy and word is they’re sniffing around the idea of going public this year. We could be watching the birth of a whole new industry here… and the death of another.

Yelp me out here: Would you eat a perfect replica of a hunk of meat? Is no texture or taste enough to make you change your mind? Will bleeding veg be on your menu this Christmas?

Zap Your Brain Back to 20 Years Old

According to a study at Boston University, zapping seniors with electricity may be the key to keeping their brains active and their memory strong.

(Note: please do not zap yourself or any seniors with electricity. I cannot stress this enough.)

The study found that folks over 60 performed better on memory tests when they were being shocked to the brain by a mild electric current administered by a weird hat.

So much better, in fact, they performed as well as a control group of 20-year-olds on the tests.

The treatment is aimed at improving the “working memory” of seniors. This is the part of the brain involved with short-term memory, processing information, and language.

Scientists call it the scratchpad of the mind. (I call it the “what the f**k was I doing?” part of my mind.)

Working memory is crucial for things like planning, paying bills, buying groceries, and remembering to take medication — all of which can be affected by age.

This is not the first study to show the benefits of electricity on memory. But it’s significant because it’s the first one to be shown to work on seniors.

According to the researchers behind the study, in the future, brain zapping could be administered by appointment to keep the brain young.

This is part of our ongoing coverage of the use of electricity in medicine. I predict we’re going to see some wild stuff in the next few years.

Economy
Author Kit WinderPosted on 11th January 2021
Last Friday, I wrote about the economics which are driving the decline of coal power (here). I’d suggest it’s reading that one before continuing,...

Economy
Author Jim RickardsPosted on 23rd January 20185th July 2018
The Roman Republic and the later Roman Empire had gold coins called the aureus and solidus, but they also minted a popular silver coin...

Economy
Author Shane OrmondPosted on 3rd April 20194th April 2019
The Department of Justice has issued a warning to the Academy of Motion Picture Arts and Sciences: Any attempt to ban Netflix from competing...