Elon Musk unveiled Tesla’s fully electric pickup truck last night and I’m pretty sure I died in my sleep and this is all just an oxygen-deprived hallucination before total brain death.

At a Blade Runner-themed event in Los Angeles last night, Musk revealed Tesla’s highly anticipated sixth vehicle, and it needs to go back in the oven because it’s not done yet.

“Trucks have been the same for a very long time,” said Elon, about to introduce a truck based on a drawing he did in crayon during a Tesla board meeting. “And now it’s time for something different.”

As the freshman design project was rolled onto the stage in a Mad-Maxian display of fire, smoke, and lasers, event attendees wondered if this was some elaborate trick being played on them by the notoriously impish CEO.

Surely the angular panels would peel away to reveal the real truck, sleek and stylish, hidden beneath the boxy, trapezoidal shell. A couple of sane people in the audience could be heard to murmur “What the f—?”

Musk explained that the function of the bizarre design was to “move the mass” from the interior frame “to the outside of the truck.”

“We created an exoskeleton. The body and the bed in a normal truck are carried like cargo, like a sack of potatoes,” said Musk, standing in front a video game car from 20 years ago. “It’s the way aircraft used to be designed.”

The feeling that this was all some hilarious ruse was only heightened when Musk asked Tesla Chief Designer Franz Von Holzhausen to demonstrate how much of a beating the supposedly bulletproof Cybertruck could take.

Franz preceded to smash two of the windows with a metal ball. 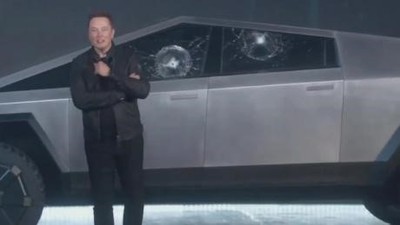 Tesla’s Chief Designer then took a sledgehammer to the body of the car, which fared better than the windows, escaping without so much as a dent. And Musk further claimed the Truck was bulletproof against a 9mm handgun but couldn’t do a live demonstration because they were in California. (“Stupid California won’t let me ricochet bullets off my car into a live theater full of people.”)

Musk continued his presentation, though understandably deflated after Franz broke his new toy, with the specs and pricing for the vehicle.

According to Musk, the Cybertruck can go from 0 to 60 mph in less than 6.5 seconds at the low end, and in 2.9 seconds at the high end. (But he also said its windows were unbreakable, so, grains of salt.)

In research released this morning, Toni Sacconaghi, senior technology research analyst at Alliance Bernstein, said: “Tesla’s Cybertruck looks weird. Like, really weird. Musk had warned investors that Tesla’s pickup would be ’really futuristic, like cyberpunk Blade Runner,’ and he wasn’t kidding. Add a little bit of dirt, and you could even say it gives off a retro-future vibe a la Mad Max.”

When investors woke up to find this horse head in their beds this morning, Tesla’s stock (TSLA) took a predictable plunge at the markets’ open. Currently the price per share is dancing around 6.7% down at time of writing.

Breaking: As we were going to print, One Last Thing obtained exclusive leaked images of Tesla’s secret 7th vehicle: 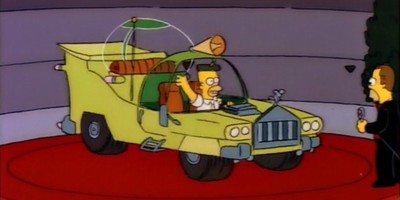 What do you think of Musk’s new vehicle? Pickup truck of the future with a bold new design or the fever dream of a 48-year-old nerd with too much money?

Pot stocks surged yesterday after a U.S. congressional committee passed legislation to decriminalise the Devil’s Lettuce on a federal level.

Shares of companies selling Lucifer’s Arugula shot up between 7% and 18% yesterday, as the bill (AKA the Eating Doritos in My Underpants Act) becomes one step closer to being passed by Congress.

After taking an absolute hammering last week, Canadian seller of Beelzebub’s Butterhead Canopy Growth (WEED) shot up 15% in a single session, sustaining a midweek winning streak to bank gains of 48% since the start of the week.

At the same time, shares of Aurora Growth (ACB) rose 18.23%, Aphria Inc (APHA) gained 9.51%, and Tilray (TLRY) banked a tidy 7.22%. And, like Canopy Growth, everybody enjoyed substantial gains earlier this week in anticipation of the vote.

The market paired off some of those gains this morning as some investors walked away with their winnings, but most Belphegor’s Romaine stocks are still way up on the start of the week.

The bill, which passed 24 to 10 in the House Judiciary Committee, would remove Mephistopheles’ Summer Crisp from the Controlled Substances Act, federally legalizing Loki’s Looseleaf across the country, and expunge past federal convictions.

The bill also mandates a 5% federal sales tax on Mammon’s Iceberg because if you’re going to go ahead and sell drugs, you can be damn sure the government is going to get a piece of the action.

The legislation will now go before Congress, and, if passed, will be punted over to the GOP-controlled Senate.

In the past, I would have said there’s no way Mitch McConnell would let this bill even see the floor of the Senate.

But, as we reported in a recent issue of One Last Thing, McConnell has been getting rather cozy with industry leaders and even taking tours of marijuana grow facilities (sorry, I’ve run out of synonyms for devil and lettuce).

Federal legalisation would be a huge positive for investor sentiment surrounding cannabis stocks.

The chill party dude CEO who chill partied his company into a money hole was set to sell up to $970 million worth of company stock to Softbank, receive a $500 million credit line to cover his personal debts, and rake in $185 million in consultancy fees over four years. (And by “consultancy” fee they mean “money to keep your mouth shut for a few years, Adam” fee.)

However, according to Bloomberg, some Softbank execs are looking to trim the $9.5 billion rescue deal they struck with WeWork last month and stick a couple of holes in that ding dong’s parachute.

Reportedly, a decision hasn’t been reached yet. But the consideration is likely an attempt to polish the public image of a company that just canned 2,400 employees (about 20% of its global workforce).

In an open letter to the company’s management, WeWork’s employees asked that they be treated humanely, and dunked on their former boss who ran the company into the ground, noting that the $46 million “annual consulting fee” is higher than the pay of most CEOs in the U.S. last year.

“We are not asking for this level of graft. We are asking to be treated with humanity and dignity so we can continue living life while searching to make a living elsewhere,” the WeWorkers Coalition wrote (you know, I was actually sympathetic to their plight until they called themselves the WeWorkers).

“We don’t want to be defined by the scandals, the corruption, and the greed exhibited by the company’s leadership. We want to leave behind a legacy that represents the true character and intentions of WeWork employees.” 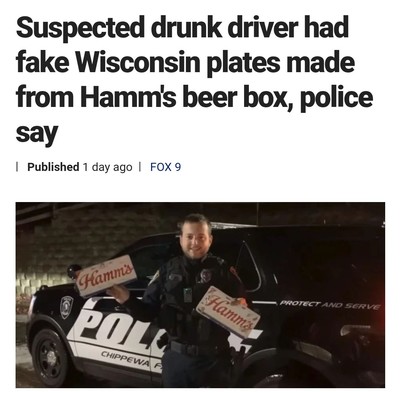 Earlier this year, we predicted that governments and dictatorships around the world would start to turn their internets inward, creating highly restricted echo chambers where free speech is all but eradicated.

Since then, we’ve been charting several countries’ rapid descent into voiceless dystopias. And while China is obviously the runaway leader of the pack, and the driving force behind this global movement, Russia has been giving them a run for their money of late.

And today, the country that just wants to go back to being a Soviet Union enacted a new law, banning all gadgets without homegrown Russian software. (Which, as you can imagine, is typically not top-of-the-line stuff.)

“When we buy complex electronic devices, they already have individual applications, mostly Western ones, pre-installed on them,” says one of the bill’s co-authors, Oleg Nikolayev.

“Naturally, when a person sees them… they might think that there are no domestic alternatives available. And if, alongside pre-installed applications, we will also offer the Russian ones to users, then they will have a right to choose.” (“Why play Flappy Bird, when we have perfectly good Sad Bird Stays Above Capitalist Propaganda™?”)

But the new law has faced criticism from manufacturers and distributors in Russia who are well aware that they can’t just magically make new software for all the products coming into Russia.

Companies who don’t allow third-party operating systems on their devices, like Apple, may decide to just leave the Russian market.

The real concern, however, is that the Russian-made software will be used to spy on users and clamp down on dissidents and political rivals.

Business
Author Mark FordPosted on 10th November 201911th November 2019
You know who John D. Rockefeller was. The oil magnate and philanthropist – generally considered to have been the wealthiest man of all time....
Business
Author Kit WinderPosted on 19th June 202019th June 2020
Today, some urgent business has come up which means I’m at full throttle looking at a potential stock recommendation in the clean energy space,...