Tesla CEO and anime fanboy Elon Musk announced yesterday that Tesla’s coveted new European gigafactory will be based in Germany, just outside of Berlin.

British Prime Minister Boris Johnson had been hoping that that promise of a country ripping itself out of its economic environment with no plan would be irresistible to foreign investors.

But alas, it seems that Brexit was the deciding factor in Tesla’s decision to base the new factory in Germany instead of the raging dumpster fire where the UK used to be.

“Brexit made it too risky to put a Gigafactory in the UK,” said Musk after the ceremony, speaking to Auto Express (which I’m going to assume is a car magazine without checking).

A research and development base Tesla had planned to establish in the UK will also go to Germany along with the new factory which is a nice little bonus for der Herrs and der Herrins.

The billionaire who alternates between two black t-shirts said another factor in the decision was Germany’s engineering prowess (AKA the four sprung duck technique) and also that he “likes Berlin” and has visited there many times. (Which is code for “I’m cool with weird sex stuff.”)

GigaEgo: A gigafactory is a term coined by Musk to mean a big factory. Like really big. So, so big. Tesla’s gigafactory 3 in Shanghai will be the world’s largest building by footprint, at over 9.3 million square feet. (That’s more feet than a Quentin Tarantino movie about podiatrists.)

The Berlin gigafactory will be the company’s fourth cool giant factory, rounding out the gigas in Nevada, New York, and Shanghai. But Musk says the world will need 100 of these factories to meet demands for EV vehicles. (Sure it will, Elon. Totally reasonable thing to say.)

Boris Johnson has repeatedly claimed that investors are ready to unleash a dramatic wave of development plans in the UK as soon as Britain leaves the EU.

But as another major investor cites Brexit as the reason for not investing in Britain, Old Boris may have to come to terms with the fact that he made that up and of course it’s not true.

“On Boris Johnson’s first day in Downing Street, [Senior Political Strategist] Dominic Cummings was pictured wearing a T-shirt picturing a company founded by Elon Musk,” said Tom Brake, the Lib Dem Brexit spokesperson. “Now the very entrepreneur Cummings idolises has chosen not to invest in the UK because of the extreme Brexit being pursued by this government.”

“You really couldn’t make it up. This completely demolishes the Johnson and Cummings Brexit fantasy and shows their deluded plans are already costing us vital investment and making the country poorer.”

Boris Johnson began officially campaigning for the next general election yesterday, pledging in his opening speech to end the “groundhoggery of Brexit” if he can eke out a working majority in Parliament.

The markets declined this morning as concerns of a global slowdown and trade negotiation hiccups put the wind up investors’ skirts. (I feel like I’ve written this exact line before?)

For a while there, it looked like the comedy duo of Lighthizer and Mnuchin (he’s an attorney general who hates China, and he’s an investment banker who can’t stand a dirty kitchen) were making progress in the Chinese trade negotiations.

Last week, China’s Ministry of Commerce said the two countries had reached an agreement to phase out tariffs on each other’s products. But the following day President Trump gave them the old “whaddaya talkin’ about,” denying that any arrangement of the sort had taken place.

This morning, the South China Morning Post (I read it for the funnies) reported that China will stand firm on its demand that the U.S. remove all tariffs on Chinese goods before any “phase one deal” is made.

At a press conference this morning, Ministry spokesman Gao Feng said the trade war started with the tariffs and should end with their removal.

“That is the important condition for reaching the deal,” said Feng. “The significance of the phase one deal should reflect the scale of the tariff roll back.”

Meanwhile, fan-favourite guest star in the trade negotiations President Trump says if the two sides cannot resolve their dispute, substantial tariff increases will be made.

Investor’s anxiety of a global slowdown was fueled by a report this morning that the number of people who applied for jobless benefits last week shot up to a five-month high. The number of claims rose 14,000 to 225,000, exceeding analyst’s expectations of 215,000.

Peter Cardillo, chief market economist at Spartan Capital Securities in New York, says yeah, the economy may be slowing but at least we don’t have it as bad as those shmucks in Europe.

“The U.S. economy continues to do well and it does appear the slow path may be coming to an end, but you are still growing close to 2%, which is not excessively strong,” said Cardillo.

“However, it’s better than what we are seeing in other parts of the world, like the euro zone in particular.”

Disney is reporting 10 million subscribers on its new streaming service, just a day after the platform launched with major technical difficulties. (Which is to be expected when you try and create a Netflix out of thin air.)

Of course, Netflix laid the groundwork for Disney by pioneering a completely new way to watch TV. (In the 90s, we all sat on the couch upside down, wearing cargo shorts. Dark times.)

Disney has been aggressively recruiting subscribers for several months now, with deep discounts and bundling the service together with bonuses like free ESPN and Hulu. (Add a couple more streaming services in there and you got yourself a cable package.)

According to Disney, subscriptions broke the 10 million mark at around 24 hours after the service launched. It’s likely the majority of those last-minute subscribers were Star Wars fans desperate to get their fix of weird aliens and emotionally stunted men with laser guns.

The Mandalorian, a gritty crime show set in the seedy underbelly of the Star Wars universe, is Disney’s answer to Game of Thrones.

No news yet on if the show will contain classic Game of Thrones and Star Wars trope of brothers and sisters doing weird mouth stuff. 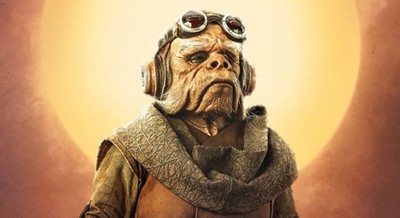 Nick Nolte looking healthier than he’s been in years in Disney’s The Mandalorian.

Disney was pushing so many discounts and bundles, there’s no way to assign a dollar amount to those 10 million subscribers.

Besides, the scariest cartoon company in the world isn’t actually trying to make a profit on its streaming platform right now. It’s just trying to get people in the door and using their platform.

The Uninversion of the Yield Curve (Part II)

Yesterday, we reported that the yield curve had uninverted, signaling investor optimism has improved and the chance of a recession has declined.

But, as one astute reader points out, that ain’t the whole story, Chuck.

“You may want to re-look at the yield curve inversion story. Prior inversions have also quickly bounced back to a non-inversion state, yet the recession still came 6-18 months later.” – Kirk H.

Alright, alright, Kirk. Keep your pants on. I was getting to it.

You see, on the surface, the uninversion of the curve suggests that the risk of recession has declined. And while that’s true, it’s not always the case.

A curved uninversion can both signal optimism for the economy while also preceding a recession. The theory behind it is fairly simple:

So, what the universion could be predicting is the end of a recession that’s still on the horizon.

With all that said, we could very well be looking at a recession next year.

If it follows the inversion pattern, it could be a relatively brief recession of five months (compared to an average of 11) but there are too many outside factors pressing upon the system to say for sure.

BING: Is Donald Trump an Angel?

Economy
Author Jim RickardsPosted on 26th October 20165th July 2018
In 1998 we were hours away from collapse and did everything wrong following that. It's the same for 2008. And each crisis is bigger...

Economy
Author David StevensonPosted on 31st January 20185th July 2018
How can the stock market fall when the world economy is doing so well?

Economy
Author Jim RickardsPosted on 29th October 201930th October 2019
With events like the possible impeachment of President Trump and the trade war dominating the headlines, it’s easy to forget some of the deeper...