Editor’s note: The China-U.S.trade war has harmed several sectors of the market, as industries must contend with tariffs on their products. But could the trade war actually be a plus for the legal marijuana market? Today, marijuana market expert Ray Blanco shows you why it is.

U.S. markets received fresh hope following last week’s news that the U.S. and China plan to hold another round of trade talks soon.

You might be surprised to learn that pot has a connection to the trade war.

In fact, there are more smokers in China than the entire population of the U.S. Think about that. It’s as if every man, woman and child in the U.S. smoked. As a result, it should come as no surprise that American tobacco farmers export most of their crop to China.

But lately, with tobacco export contracts being slashed by Chinese buyers, American farmers have been turning to another crop to hedge their bets: hemp.

As a reminder, hemp is a variant of the Cannabis plant that doesn’t get you high. It can be used to manufacture everything from rope and fabric, to plastics and insulation. Given its history in America, hemp is almost as American as mom and apple pie.

Some of the Founding Fathers grew hemp. And some think the original Declaration of Independence was written on hemp paper. During Colonial times, you could even pay your taxes in hemp! 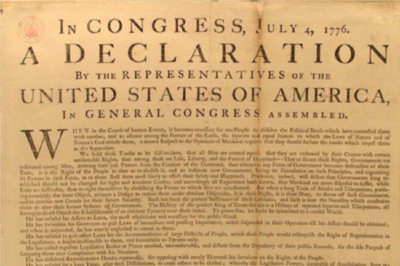 Hemp fibers are incredibly strong, and they were used to make everything from rope to textiles and paper. We’ve found many additional uses for hemp, including using it to make super-strong plastics.

In the 1930s, thanks to the invention of new agricultural and processing machinery, hemp was touted as a potential “billion-dollar crop” that could be used in 25,000 products, create thousands of American jobs and reduce foreign imports.

Also in the 1930s, Henry Ford built a car out of hemp-containing panels, declaring them 10 times stronger than steel. He even used a sledgehammer to prove its impact resistance. 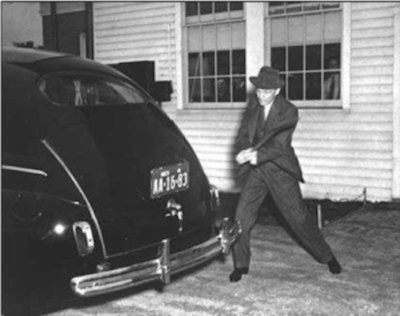 Hemp’s wonderful future never came to be, however. Hemp got caught in the federal effort to ban cannabis, despite the fact that hemp does not contain appreciable quantities of psychoactive THC. That’s what produces the mind-altering effects of marijuana.

But hemp is different…

Hemp only contains extremely low levels of the THC found in other cannabis strains. It can also contain high levels of cannabidiols (CBD), which have wide medicinal uses. In fact, we’re probably just starting to scratch the surface when it comes to CBD’s health benefits.

The passage of the 2018 farm bill officially legalised hemp at a federal level in the U.S., meaning that farmers are now able to purchase crop insurance on hemp, transport it across state lines and find a commercial market among manufacturers.

It’s not just tobacco farmers either — although they’re likely taking on hemp farming at the highest rates — grain farmers struggling with Chinese tariffs are also taking a closer look at hemp.

According to Reuters, U.S. hemp sales are expected to reach $1.9 billion by 2022. So a reliable hemp supply chain in the U.S. means that we’ll likely see more hemp-derived products hit the market soon. That could, in turn, help to drive ongoing demand for hemp.

And with pot still federally illegal in the U.S., hemp-derived CBD is the only legal source of the substance today.

And the success of hemp farmers in the U.S. brings us another step closer to broader legalisation.

The Parallels Between Bitcoin and Marijuana

Pot stocks have had a challenging year overall in 2019. That’s a stark contrast to 2018, when the marijuana market was on fire. But any investors who aren’t still paying close attention to pot here are making a massive mistake.

In fact, pot stocks are currently following a playbook incredibly similar to another completely different asset that’s been in the headlines recently…

So far, bitcoin weighs in as the single best-performing asset class of 2019. Since January, bitcoin has rocketed about 147% higher.

You might be wondering — what do pot stocks and bitcoin have in common? Their performance certainly looks very different this year. But they’re actually incredibly similar in the way that investors think about them.

In both cases, you have the potential for a transformative shift. In bitcoin, it’s a shift in the financial system. For pot, it’s a shift in politics and science that’s driving pharmaceutical therapies as well as recreational cannabis products.

While pot stocks were soaring, bitcoin prices were plunging. In fact, bitcoin ended 2018 down more than 70%. That’s not the only huge sell-off in bitcoin’s history. Just three years earlier, for instance, bitcoin prices started a slide that wiped out about 73% of its value.

But investors who held out had the last laugh when bitcoin prices surged 191% in the year that followed, and 6,093% at bitcoin’s peak in 2017. What most investors don’t realise is that it’s common for fast-moving, high-growth assets to have jarring corrections along the way up.

By the time they become mainstream, though, those corrections end up looking like blips on the radar. One group of investors that’s acutely aware of that fact is the institutions.

I’ve recently reviewed new data that show while retail investors have been sellers of cannabis stocks, on average, institutions have been significantly increasing their stakes in cannabis names over the last quarter.

In general, assets like cannabis and bitcoin tend to hand investors their biggest gains following a correction of this size. That’s why the pros are betting on colossal gains in pot stocks right now. And it’s why you should too.

Big things are happening right now in the cannabis space. Between political traction of federal legalisation in the U.S. and legal cannabis companies generating huge revenue growth, it’s clear that the hype remains justified, even if the market isn’t playing along yet.

Legal cannabis spending has been carrying out a parabolic surge higher since 2016 — and several independent sources estimate that it’ll eclipse $40 billion by 2024. That’s an astounding amount of money pouring into a very concentrated collection of small companies.

And it’s inevitable that the price action catches up with the cold, hard cash that these companies are bringing in.

There’s another reason to like marijuana stocks as talk of recession filters across the markets.

The good news is that there’s evidence that points to cannabis trades actually faring better than most through a recession.

The reason? The closest comparable industries to marijuana — health care, alcohol and tobacco — are all known for being recession-resistant.

Folks don’t stop having health problems when the economy turns down — in fact, they often go out in search of lower-cost alternatives like CBD. Likewise, while recessions may force people to go on fewer vacations, they generally keep smaller luxuries like alcohol, tobacco and recreational cannabis.

Now, recession-resistant isn’t the same thing as recession-proof. Despite what the clickbait articles on the mainstream financial news websites might tell you, nothing is truly recession-proof.

But the positioning that cannabis’ peer industries have during recession is just about as good as it gets.

The biggest crisis facing the United States today isn’t the trade war. It’s not immigration or what’s going on in Washington on either side of the aisle.

The biggest crisis — and perhaps the hardest one to solve — is the opioid epidemic.

That’s not counting the overdoses where people survived. Today, opioids kill more people than car crashes. And it’s not limited to heroin users in the inner-city slums, either. About 40% of opioid deaths involve prescription drugs, not illicit ones.

In 12 U.S states today, there are more active opioid prescriptions than people.

The DEA recently released some startling data after tracking every opioid pill sold in the U.S. between 2006 and 2012 — 76 billion pills of oxycodone and hydrocodone.

(According to Ars Technica, data from years beyond 2012 are still being withheld to protect the companies and ongoing DOJ investigations.)

In that time frame, enough opiates were produced to supply every American with 36 pills per year.

Nearly 100,000 people died of opioid overdoses in that six-year stretch, as opioid abuse has reached epidemic proportions in much of the country.

There’s no quick fix to the opioid crisis. But cannabis might provide a new tool for fighting it.

Early-stage research shows that cannabis can provide an alternative, less-addictive solution to acute and chronic pain management — and even a tool for addicts to combat cravings and anxiety.

Exciting research has showed that cannabis could treat chronic pain sufferers as an alternative to prescription opiates — and that when given the choice, patients tended to opt for the generally safer prescription pot.

Another study suggests that cannabis could actually help folks who’ve already become addicted to opiates stay away from them.

According to another study, the hospitalisation rate for opioid abuse and dependence in states with medical marijuana laws is approximately 23% lower than in states without legal access to pot. And emergency room visits for overdoses dropped 13%, on average.

CBD-based therapies could be one of the most powerful tools in the arsenal of the folks fighting against the opioid epidemic.

Without a doubt, that’s a good thing.

And considering the sheer scope of the opioid crisis, it’s likely to also be a very good thing for the legal cannabis industry.

The bottom line is, cannabis is demonstrably safer and less likely to be abused than many drugs currently legal. And the evidence for medical uses of the plant is mounting, beyond its ability to help resolve the opioid crisis.

It can be tempting to buy shares in small-cap companies when they float on the stock market. But the first year is nearly always tough going, says Tom Bulford. Here, he looks at one firm that went public, only to walk straight into a nightmare.

Economy
Author Shane OrmondPosted on 1st July 2019
The S&P 500 soared like a majestic eagle stuffed with the financials of 500 U.S. companies after a not terrible weekend of trade negotiations...