Next week, Apple will be announcing a brand-new streaming app (because what the world needs now is more streaming apps).

The new service will play host to Apple’s original content and feature some third-party streaming services, such as HBO and Showtime. But it emerged yesterday that stream queen Netflix ain’t invited to the party.

Speaking at a press event in Los Angeles, Netflix CEO Reed Hastings said that “Apple’s a great company. [But] we want to have people watch our shows on our services.”

Which makes sense, of course. Apple’s new streaming app will be a direct competitor of Netflix. Reports suggest that Apple is already hiring top content makers to create Emmy- and Oscar-worthy content. (Can’t be that hard. The guy who made Dumb and Dumber just won best picture.)

Adding Netflix to the Apple service would only:

When asked about how Netflix plans to handle the competition, Hastings jokingly replied: “with difficulty.” Netflix’s stock dropped a little over 1% in this morning’s trading, and I wouldn’t be surprised if this comment had something to do with that.

We’ve got company: The streaming space is getting crowded as Apple joins Netflix, HBO, Disney Plus, Showtime, Starz, Amazon Prime, Hulu, WarnerMedia, CBS All Access, ESPN Plus, Dropout and tons of other ultra-specific streaming services.

Hastings followed up with a more investor-friendly answer: “These are amazing, large, well-funded companies. But you do your best job when you have great competitors.”

That may be true, Reed. But I wager most folks only subscribe to one or two streaming apps. (Everyone signed up to Amazon Prime to watch The Tick, right?)

Every competitor that enters the field is going to eat into Netflix’s bottom line. And Apple is one of the few folks with the funding to seriously compete with Netflix’s roster of original content.

All this comes at a time when Netflix is trying to contend with a new streaming alternative that came out of nowhere in the last year or two.

Most folks aren’t even aware it exists. But its staggering growth has Netflix on the back foot.

According to Netflix’s most recent shareholders report, they “compete with, and lose to, [this streaming alternative] more than HBO.”

It’s taken Netflix years to build its viewer base of 139 million users. But in less than a year, this streaming alternative has exploded to more than 200 million users.

CNBC reported that “the market for this is going up like nothing I’ve ever seen.” And research from the largest accounting and consulting firm in the world, Deloitte, confirmed this “rapidly maturing [opportunity] is already bigger than many realize.”

A whole new generation of millionaires will be minted from the vast opportunities and growth in this industry.

Already, we’re seeing celebrity personalities with marketing deals, content deals, merchandise and more. And there’s additional money to be made by event organizers, bookmakers, talent agents and all the supporting legal, marketing and accounting service providers.

Most importantly, since this market is still in its infancy, the opportunities to get in at the bottom are countless.

But maybe not for long. James anticipates an announcement for a major corporation any day now, powering massive gains for a smaller business partner.

“This little-known company could deliver fast movers a shot at a $1.9 million payday,” says James.

Paul Manafort Was Colluding… With Airbnb?

Some folks out there are already salivating at the promise of some juicy Russian collusion. But Manafort’s (alleged) crimes are of the usual white-collar jerkwad variety.

One Last Thing Chef’s Corner: If your collusion ain’t ripe, pressure the special counsel to release their report with a unanimous Congress vote.

According to the indictment, Manafort faces 16 counts related to a year-long mortgage fraud scheme in which the defendant made millions of dollars. 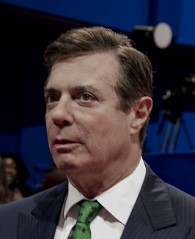 The Manhattan District Attorney’s Office did not reveal the specifics of Manafort’s crime. But it’s most likely Manafort is on the hook for buying a property intended to be used as a rental, but claiming it will be owner-occupied.

A previous indictment against Manafort alleged that he created a shell company to purchase a $2.85 million condo to launder money.

He then attempted to take out a mortgage on the apartment, saying his adult daughter would be living there. When in actual fact, he was renting out that bad boy on Airbnb for $14,200 per month. 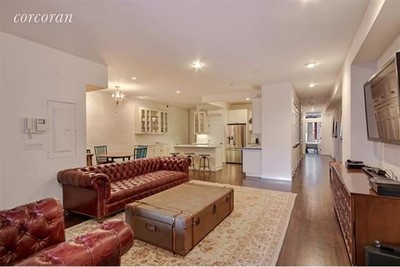 With New York rental prices, that trunk alone could rent for $3,000 a month.

The specifics of this particular indictment have yet to come out. But under U.S. federal and state laws, mortgage fraud can result in up to 30 years in federal prison and up to $1 million in fines.

Let’s just hope Manafort wasn’t renting out his Airbnb to any Russian diplomats.

The Wall Street Journal is reporting that Michael Sanchez — the brother of Jeff Bezos’ mistress, Lauren Sanchez — leaked the couple’s racy texts to the National Enquirer.

I mean, the infamously dry Wall Street Journal is calling them “racy” texts. The Amazon CEO’s texts read like they were written by a sexless robot writing in their second language.

I love you alive girl. I will show you with my body, and my lips and my eyes, very soon’ [sic]

Allegedly, Mr. Sanchez banked himself a $200,000 payday for leaking the “racy” texts, which may or may not have included “many penis selfies.” (How much do I need to pay to never have to see those?)

According to the Wall Street Journal, the National Enquirer had not intended to run the story which broke up Bezos’ marriage. But they totally ballsed up the contract. (I believe that’s the legal term.)

Usually, the National Enquirer’s contracts are pay on publication. But Sanchez somehow secured the $200,000 payment up front.

If the National Enquirer didn’t publish the story, the rights would revert to Sanchez. He could resell the story and keep the money.

Boy, it takes a certain kind of person to pull that crap with their own sister. Christmas at the Sanchezes’ is going to be awkward this year.

Amazon’s (NASDAQ: AMZN) stock was undisturbed by the news, rising more than 2% in the midday shuffle.

One Last Thing
Putin Cracks Down on Funny Internet Comments

A few weeks ago, we were talking about the development of two distinct internets.

One will be pretty much the internet as we know it now: a bastion of free speech where my drunk aunt will comment on every picture I post on Facebook. (We’ll see you at the July 4th family BBQ, Nancy!)

And a secondary internet: where censorship runs rampant and online activity is heavily policed.

We have a model of what that second type of internet might look like in China’s highly restrictive and isolated internet.

Weibo, Google’s Chinese analog, has banned the mention of any word seen as a criticism of president-for-life Xi Jinping.

When users started speaking in code to get around the ban, Weibo retaliated by banning those words — resulting in a growing list of bizarre and seemingly unrelated banned terms.

Today, Russia made it clear which kind of internet it would prefer. (Can you guess which one?)

Russia’s internet has become increasingly restrictive over the last few years. But this morning President Vladimir Putin signed a new law that gives him the power to legally punish individuals and online media for spreading “fake news.”

What constitutes as fake news in the eyes of Putin?

Any information that “disrespects” the state. Any material considered insulting to government officials. And anything the state deems as “unreliable information” (anything Putin or his cronies don’t like).

Basically, it’s illegal to complain about the government online. Which is about the only good thing the internet is for. (And it’s like 50% of my job description.)

Anyone who breaks the new law will carry a fine of up to 1.5 million rubles, and repeat offenders will face jail time of up to 15 days.

Two distinct internets are developing. That’s going to hurt some of the biggest names in tech’s bottom line. But someone always makes a dime.

In the years to come, cybersecurity will become integral to preventing the passage of information and cyber-attacks between the two internets. Any company that could build a wall and sure up our digital defenses would make out like bandits.

Our researchers are keeping a close eye on this developing situation. If there’s a way to make you money from this, my team will find it and pass on that info directly to you.

Economy
Author David StevensonPosted on 26th October 20175th July 2018
With stock markets at record highs and the global economy growing great, another financial collapse (such as 30 years ago in 1987) may not...