Google’s been in video games for about 10 minutes and it’s already stepping on some toes (and when Google steps on toes, it wipes out entire industries).

What’s in a name? Stadia is the plural “stadium.” Google is saying its platform is like a collection of video game stadiums. It’s a little dry for my taste (should have called it Mega Blaster 720) but I see where they’re going with this. More on that below.

Google has never been content to simply join an existing industry. Like a new roommate who rearranges your furniture, Google is a disruptive force. And its first foray into gaming is no different.

The Stadia isn’t a piece of hardware like an Xbox or PlayStation. It isn’t a top-of-the-range gaming PC. But it will cut into their market share all the same.

At its core, Stadia is a cloud-based, video game streaming service. 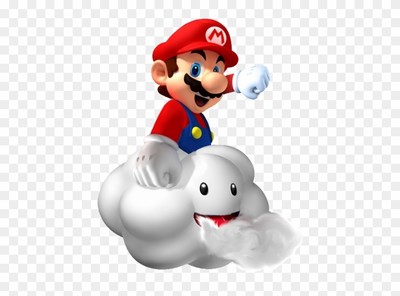 (Not that kind of cloud…)

Essentially, instead of running your game on your console or home computer, the game is run on one of Google super powerful computers and then streamed to you like Netflix or YouTube.

Theoretically, this means you could run AAA games with ultra-high graphics, without having to shell out for an expensive PC or console.

You simply log in to Stadia on any internet browser, computer, smartphone, or smart TV, and let Google’s supercomputers do all the hard work. (About time they put them to good use.)

If successful, this would be a deathblow for companies like NVIDIA (NASDAQ: NVDA) who make their bread and butter selling the graphics cards needed to play the best-looking AAA video games.

According to Google’s Majd Bakar, Stadia can stream high-end games at 60 FPS (frames per second) with HDR and 4K resolution (that’s good). And in the future, Majd predicts Stadia could go as high as 120 FPS and 8k resolution (that’s better).

For the love of the game

Google’s presentation was high on hype, low on details. Google demonstrated two AAA games running on Stadia, but this demonstration was a single user playing in a controlled environment.

Google will be potentially streaming to millions of players at once. All of whom will have different internet speeds and different kinds of hardware.

Any slowdown or delay in response will be seen as a total failure.

Especially to players of competitive multiplayer gaming, who Google will desperately need to court if they want to succeed in this market. (A Mountain Dew and a bouquet of Doritos, m’lord?)

Remember when I said Google named its service Stadia to evoke a network of video game stadiums?

Well, this makes it clear who Google’s target demographic actually is: 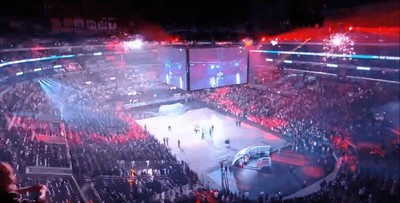 And it’s sold out… to watch folks play video games.

This is part of the competitive gaming revolution folks are calling eSports (if you put sports in the title people won’t call you a nerd).

Last year, this rapidly growing “sports” trend brought in a revenue of $906 million.

But if Google could actually pull off cloud-based, video game streaming, that would revolutionise the industry forever.

By cutting out the need for a high-end computer, Google would be opening up the world of gaming and eSports to a much larger market. Anybody, as long as you have internet access, could play the newest AAA games and compete in eSports competitions.

And there’s one tiny company who stands to make a fortune from that growth.

This is what my researchers call a pick-and-shovel play. Basically, we don’t invest in the massive companies driving the trend, like Google or Microsoft. They are too expensive and their growth is dependent on a multitude of factors outside of this trend.

But a small company, that produces goods and services that cater to that trend, has the potential for enormous growth. And they stand to profit, no matter which company comes out on top.

And you know what that means… 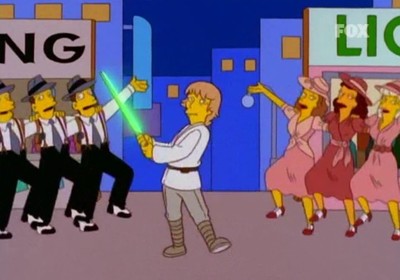 This can now be the official Star Wars canon.

The House of Mouse now controls the FX cable network, as well as Fox’s movie and television production studios.

Which means the self-proclaimed “family-friendly” corporation now owns the R-Rated superhero Deadpool, as well as adult-orientated FX shows like American Horror Story and Pose. (Maybe a cameo from Mickey and Donald would soften their image?)

Disney’s deal, which was so big it had to be approved by the Department of Justice, was locked in just in time.

As Dollar Trade Club’s Alan Knuckman writes, Disney is gearing up for a major launch, and it’s going to need as much content as possible to support it:

Shareholders are not crazy about how much money Disney is spending on media content.

Investors will get their first peek at this potential Netflix-killer during the company’s investor day on April 11.

Simply put, Disney (as well as Apple, Amazon and every other company under the sun) wants to compete with Netflix. And to do that they need content.

The Walt Disney Company is in a unique position where it holds the rights to almost 100 years’ worth of its own content. But the vast majority of it skews towards a younger audience. (Somehow, I don’t think 51-year-old John Brown from Idaho wants High School Musical 3 on demand.)

So, instead of making their own sexy adult shows, Disney went out and acquired Fox’s adult shows. It remains to be seen whether or not this $71.3 billion gamble will pay off.

What would it take for you to sign up for Disney’s streaming service? Is this the worst movie in the history of acquisitions?

The Federal Government Will Give You $1,000 if You Take One of These Darn Horses Off Their Hands

Imagine the surprise on your family’s faces if you walked in the door tonight with $1,000 in your pocket and a 2,000-pound horse.

Interested? Well, have I got good news for you!

The Bureau of Land Management (BLM) is offering $1,000 to anyone who adopts one of their “wild horses.”

The agency is launching this adoption incentive program to encourage folks to adopt any of its “untrained” burros and horses.

Under the program, adopters will receive:

How can the BLM afford this?

Well, your teenage daughter may not want to hear this, but horses are $#%@ing expensive. 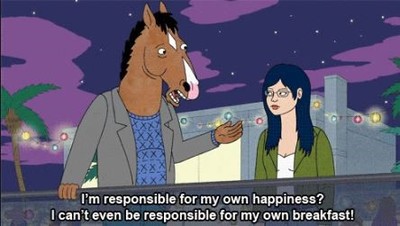 Horses need love, care, and a five-series deal with Netflix.

According to a survey by the University of Maine, the average cost of horse ownership is about $3,876 a year. Which means for every horse the BLM pays to get rid of, they’re making a potential saving of $2,876 a year.

Oh yeah, and why don’t we multiply that by about 50,000? That’s how many unadopted animals the BLM cares for every year.

Do you think anyone will take them up on their offer? Are you in the market for a wild, untamed beast? Have you any experience with adopting a horse in the past?

After the second day of its IPO roadshow, demand has already exceeded the 30 million shares Lyft planned on offering.

(Is IPO Roadshow a good idea for a TV show? Maybe I’ll give Disney a call. They seem desperate for content right now.)

If Lyft can keep this up, that will only drive its predicted share price of $68 and valuation of $23 billion even higher.

One investor (who sounds like he was literally drooling) told MarketWatch that he’s buying every share of Lyft he can and he expects the company will be 10x oversubscribed by the time the company goes public.

This is a little surprising considering Lyft lost $911 million in 2018. But even with bum financials, Lyft is just too hot a deal to miss out on.

This bodes well for the Uber IPO, which is set to launch in a few months and shatter records as the largest IPO in U.S. history.

Of course, the success of Uber and Lyft’s IPOs doesn’t really affect regular investors like you and me.

Early Lyft investor Carl Icahn is on track to pocket $1.23 million when the company IPOs next week.

Which is nice for Carl, I guess. But regular old investors legally could not invest in Uber or Lyft pre-IPO. (We’ll talk about why this is stupid another day.)

Did Zuckerberg Lie to Congress?

Economy
Author Jim RickardsPosted on 1st August 20175th July 2018
With the US preparing to confront China and go to war with North Korea, Russia is an indispensable ally for the US.

Economy
Author David StevensonPosted on 8th August 20175th July 2018
And no, it’s not the fallout from Brexit.
Economy
Author Kit WinderPosted on 20th March 202020th March 2020
How are you doing? Well, I hope. It’s been quite a rollercoaster. One of those awful ones that goes up very slowly and then...