Like the wizard Shazam, President Trump has bestowed a suite of totally cool new powers on Attorney General William Barr.

(Though don’t expect to see the AG in the tight red spandex this movie. They’re saving the costume reveal for the sequel.)

Barr’s new powers will allow the AG to review and potentially release classified information about the origins of the Russia investigation (and leap over intelligence officials in a single bound).

This is part of a renewed effort on the part of the administration to “investigate the investigators” and undermine a growing movement within the Democrat party to impeach President Trump. (What’s next? Watch the watchmen? Bake the bakers? Teach the swim teachers how to swim?)

The Office of the Attorney General is already investigating whether U.S. officials surveilled Trump improperly (through his microwave wasn’t it, Kellyanne?) during the 2016 presidential campaign.

However, these new powers should grease the wheels of the investigation and allow AG Barr to make any of his findings public when and if he sees fit.

Press Secretary Sarah Middlename Sanders said in a statement that Trump is delegating to Barr the “full and complete authority” to declassify documents.

“Today’s action will help ensure that all Americans learn the truth about the events that occurred, and the actions that were taken, during the last Presidential election and will restore confidence in our public institutions,” said Sanders.

Despite his new powers, Barr can still expect some pushback from the intelligence community. Historically, the FBI has resisted similar demands (presumably to cover-up the grand alien conspiracy) and intelligence experts say they won’t go down without a fight this time either. 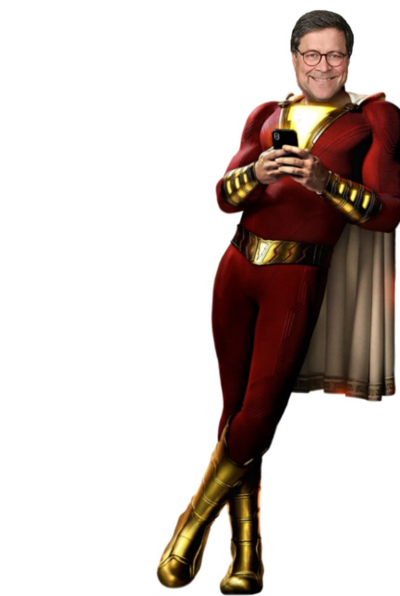 I was kidding! Of course, the costume is in this one.

Theresa May Calls It a Day

Unable to yank her country out of the oppressive tyranny of the European Union, Prime Minister Theresa May has decided to call it a day and binge-watch some Netflix.

In the wee hours of this morning, while the American people were tucked away in their beds, Prime Minister May announced her resignation outside 10 Downing Street. (Isn’t it great when you have the option to work from home?)

May said she would officially step down as party leader of the conservative party on June 7, though she’ll continue to serve as acting leader until a replacement is found. (I just realised that June 7 is exactly two weeks away. You don’t think of world leaders as having to give their two-week notice, do you?)

May has been under pressure to resign from within her own party after parliament rejected her Brexit plan three separate times. 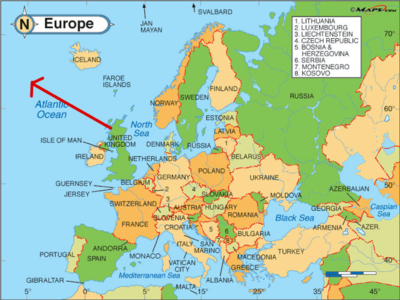 May broke down in tears as she said that serving as Prime Minister was the greatest honour of her life. It’s just a pity that the “honour of her life” term will be forever defined by the Sisyphean task of rolling the U.K. out of Europe.

Former Danish Prime Minister Helle Thorning-Schmidt spoke to BBC Radio 4 this morning to offer some tips to Prime Minister May about “life after politics.”

“I started by getting my bike fixed,” said Thorning. “And then I watched a lot of Game of Thrones.”

(Maybe give the old GOT a miss, Prime Minister May. Why not check out Breaking Bad instead? It’s a masterclass in accomplishing seemingly impossible tasks.)

Assange Charged with Violating the Espionage Act: What This Means for Free Speech

WikiLeaks founder and man-who-refuses-to-clean-up-after-his-cat Julian Assange has been indicted on 17 additional charges under the Espionage Act.

In the indictment, which was filed yesterday, Assange is accused of soliciting classified information on the Iraq and Afghanistan wars and putting the sources of that information in danger.

Assange was arrested last month after the Ecuadorean embassy kicked him out for skateboarding in the hallways, hacking the embassy’s email accounts, and refusing to clean his room like a good little fugitive.

While Assange warms his buns in a British prison, the U.S. and Sweden have engaged in a legal tug-of-war over who gets to extradite and prosecute 4chan Gandalf first. 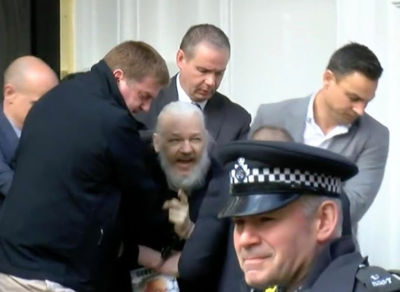 “If intelligence you want from me, you must answer these riddles three.”

It’s likely that after these new charges the U.S.’ case will take priority.

However, advocates of free speech say that charging the Wizard of WikiLeaks under the Espionage Act is a violation of the First Amendment.

Under the U.S. constitution, journalists are allowed to seek out and publish information that the government wants to be kept secret.

This is one of the many checks and balances the founding fathers built into the constitution to prevent the rise of tyrants. By charging Assange under the Espionage Act, which is typically reserved for members of government, it could erode that protection.

According to his attorney, Mr. Assange is unlawfully being charged for “encouraging sources to provide him truthful information and for publishing that information.”

“These unprecedented charges demonstrate the gravity of the threat the criminal prosecution of Julian Assange poses to all journalists in their endeavor to inform the public about actions that have been taken by the U.S. government.”

However, John Demers, the Assistant Attorney General for National Security, says that Assange isn’t entitled to those protections because he doesn’t fit the traditional mold of a journalist.

“Some say that Assange is a journalist and that he should be immune from prosecution,” said Demers. “But Julian Assange is no journalist. This is made plain by the totality of his conduct alleged in the indictment.”

Profits Are in the Machine

This week, we’ve been looking at machine learning and how it can drive huge leaps and bounds in technology.

We’ve been talking about some of the fun applications of machine learning (like voice recognition and 1984-style facial recognition). But today we’re getting to the meat of the conversation: how regular folks can use this tech to make money.

Hedge funds, major banks, equity firms, and high-frequency traders have been experimenting with this tech for the last few years. But we’re only now seeing its true potential.

With machine learning, computers are able to process and analyse more data faster than they ever have before, completing jobs that would take a regular human hundreds of thousands of hours in a split second.

Investment banks are using this tech to analyse the markets and make split-second recommendations to their clients.

High-frequency traders depend on machine learning tools to rapidly read and react to the markets.

And by analysing market activity, we can see what other investors are doing with their money in real time.

“Traditionally that kind of information was sourced from your network. You might have had a few coffees or heard about it over a cocktail,” Philip Watson, head of the global investment lab at Citi Private Bank told CNN Business. “Now, we can share insight that is very valuable.”

Of course, a lot of this tech is so cutting-edge and prohibitively expensive that it’s practically impossible for the little guy to get their hands on it.

Economy
Author Jim RickardsPosted on 12th April 20185th July 2018
One of the most famous passages in American literature occurs in Chapter 13 of Ernest Hemingway's The Sun Also Rises. It takes place in...

Economy
Author David StevensonPosted on 21st June 201927th June 2019
So the Bank of England didn’t change UK bank rate this week. There was some stuff about the increased risk of a no-deal Brexit,...