Governor Phil Murphy wants New Jersey overflowing with “the sticky icky” no later than the end of March.

For the majority of his term, Murphy has been struggling to pass his “chill bill for legal weed” and fulfill a promise he made on the campaign trail.

The 100-Day Promise: Murphy pledged to legalise weed within the first 100 days of his election. At this rate, the bill won’t pass before his 500th day in office.

The bill was scheduled to go to a vote last month, but Murphy decided to delay voting at the last minute. While the bill had enough votes in the assembly, a small group of holdouts would have kept it from getting passed on the Senate.

Murphy hopes that with a bit of hobnobbing and political wheel-greasing, he can eke out enough votes to get the bill passed next month.

But if he can’t, he’s going to give up on 100% legal weed and use his executive powers to expand medical marijuana access. (Which is the political equivalent of taking your ball and going home because you’re losing.)

Much like the New Jersey American Dream Mall, the state’s medical marijuana system is a half-finished mess.

There are currently 45,000 medical marijuana patients in New Jersey. But only 12 marijuana dispensaries… six of which are closed because of legal action.

The bill addresses the Health Department’s criticisms directly and would pave the way to open a swathe of medical marijuana dispensaries within the first six months.

One of the most hotly contested items in the bill is a provision that would prevent medical marijuana users from growing their own weed at home.

“I’m personally not against home grow, but we have to walk before we can run,” says Senator Nicholas Scutari. “In the future, it’s something we can consider, but we’re not putting it in now.

Amazon took a step closer to total market domination today as it dipped its toes into the $3.5 trillion healthcare sector.

Apparently, Alexa, the little robot that listens to everything you say, is now compliant with the HIPAA (Health Insurance Portability Accountability Act).

This means the voice-activate creeping device is now “secure enough” to transmit your protected health data across the internet.

Keep in mind, this time last year this stupid toilet-roll holder was accidentally recording users’ conversations and sharing them online without permission. 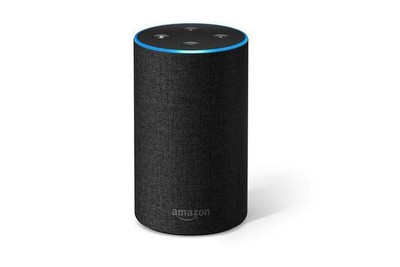 Amazon has teamed up with six different health development partners to roll out some new healthcare features for Alexa.

Starting tomorrow, your little listener will be able to:

The Holy Grail of Voice Activation

This might seem like a small thing. But this is a definitely a big ole “W” for Amazon.

The healthcare sector is in desperate need of reliable voice-activation technology.

For patients with mobility issues and seniors, the benefits are obvious. You can manage your healthcare information, appointments, and make emergency calls without the use of your hands.

The industry is practically begging for the technology. But it’s been slow to catch on, mainly because of privacy concerns.

Its managed to solve the problem ahead of its two main competitors, Google and Apple. And not a moment too soon.

Last year, Amazon’s share of the smart-speaker market nosedived 19%. But if Amazon were able to put an Alexa in every hospital room in the country, that would give the company a considerable edge over the competition. (Cue the sound of thousands of Amazon Alexa’s playing the General Hospital theme song.)

Would you give your personal health data to Amazon? Do the benefits outweigh the risk here?

But he often leaves out the part where he’s a millionaire himself.

The mystery of Old Bernie’s finances was a minor issue in the 2016 Democratic election.

But with house Dems trying to force Trump to release his tax returns, the Vermont senator is under renewed pressure to fork over his own tax returns. (Am I the only one in this country paying these stupid taxes?) 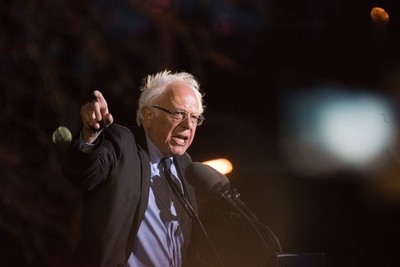 “…and I will abolish all hair gel!”

Bernie has pledged to release his tax returns for the last 10 years before next Monday (so the bad thing happened 11 years ago then).

In an interview with the Wall Street Journal, Bernie took a little swing at the president, saying: “Not being a billionaire, not having investments in Saudi Arabia, wherever [Trump] has investments, all over the world, mine will be a little bit more boring.”

It was at this point that a journalist from the WSJ reminded Mr. Sanders that he was also a millionaire.

(Everybody hates capitalism until they write a best-selling book, I guess.)

According to Bernie’s 2017 Senate financial disclosure form he earned more than $1.06 million that year — more than $885,000 of that money came from various book royalties.

What do you think? Is Bernie a radical leftist or a champagne socialist? The savor of the working class or the biggest threat to American democracy.

Watercooler talk in these parts is about 10% Game of Thrones, 10% politics, and 80% income-generating ideas. (Waddya expect when you cram a bunch of money nerds into a Baltimore row house?)

A lot of these ideas are theoretical or just plain bad (sorry, Jerry). But every now and again, you’ll come across a nugget of gold.

In one of these water cooler meeting of the minds, James Altucher told me about an income-generating idea that really grabbed my attention.

It’s called peer-to-peer lending. It’s a system that allows you to lend out money as if you were a bank. But instead of handing out huge sums of money at a time, you only finance part of the loan.

If you have money in savings account, you’re technically already doing this. But you’re giving up a huge part of the profits to the bank.

“First, let’s talk about how the traditional banking industry works. You put your money in a savings account, and the bank gives you a return in exchange for your business, usu­ally a fraction of a percent.

“The bank then loans your money out in the form of mortgages and business loans and other kinds of loans, at 3% or 3.5% interest, for example. The difference between the rates that they pay you for your money and the rates they charge borrowers goes back to the bank. Basically, they profit by being in the middle of the equation and essentially facilitating these connections.

“Peer-to-peer lending directly link lenders and borrowers. Whereas banks profit off the margin between the rates at which they lend and the interest they pay you on your savings, lending platforms al­low you to pocket the difference yourself.”

Peer lending is booming at the retail level right now. Morgan Stanley reports that the market size has doubled every year since 2010. And it predicts by 2020 the total size globally could be anywhere from $150 billion to $500 billion.

These projections have gotten the attention of some big players. Many of the big banks are starting to dip their toes into peer-to-peer lending. Google recently became the biggest investor in Lending Club, while Facebook started talks with several platforms to integrate peer lending into its social network.

Amazon is Listening to Your Private Conversations

Economy
Author Jim RickardsPosted on 8th August 20175th July 2018
Let’s hope things don’t go as far as they did in the 1930s...
Economy
Author Kit WinderPosted on 21st December 2020
Silver broke upwards this morning – to the tune of 3% at the time of writing. I wonder if it’s because of this. This...

Economy
Author Jim RickardsPosted on 5th October 20175th July 2018
When it comes to cryptocurrencies like Bitcoin, I take a laissez-faire approach.