Global stocks rose today after reports broke of a preliminary Brexit deal between the EU and UK.

(Preliminary, in this case, means: “Never going to happen, but it’s nice to close your eyes and pretend everything will be alright for a bit.”)

In Europe, the STOXX Europe 600 rose 0.2% after a morning of extreme volatility.

Following weeks of unproductive negotiations (and three-and-a-half years of a basically non-functioning British government), news of any sort of agreement between British PM Boris Johnson and the EU comes as something of a surprise.

(Then again, the bewildered and bemused Johnson is the human embodiment of “something of a surprise.”)

Jean-Claude Juncker, European Commission president, immediately took to Twitter to pat himself on the back for getting old Boris to agree to anything with “a European”:

Look at that emoji work! No wonder they made him president.

Now, while Johnson and Juncker are high-fiving and slapping each other’s butts on Twitter, this is far from a done deal. So far, in fact, I would call it an undone deal. (I had a late night. They can’t all be zingers.)

Boris might like the terms of this deal (though it’s more likely that he just doesn’t care). But now he’s got to drag his butt back to London and convince his political allies and rivals to agree to it. And Johnson has a better chance at winning Miss Britain 2020 than getting enough votes to pass this deal.

When the news broke, the Democratic Unionist Party, Johnson’s allies in Northern Ireland, released a statement saying it would not support the new deal. (Who needs political opposition when you’ve got political allies like these?)

“These proposals are not, in our view, beneficial to the economic wellbeing of Northern Ireland and they undermine the integrity of the union,” said the DUP, triggering a sudden drop in the Pound Sterling of 0.2%.

“This sellout deal won’t bring the country together and should be rejected,” said labor leader Jeremy Corbyn. “The best way to get Brexit sorted is to give the people the final say in a public vote.”

Even if Johnson could win over his entire party, all the politicians he kicked out of his party, as well as any opposition voters who voted for Theresa May’s earlier deals… he would still be short six votes.

Now, Johnson’s not an idiot (Debatable. But for the sake of argument, let’s say he’s not a braindead dimwit who makes cardboard buses in his spare time).

He sees these numbers. So what’s the plan, Boris?

According to a senior British official who spoke to the Financial Times, this is likely just another classic Johnson scheme to circumvent laws and ram through Brexit, deal or no deal.

The FT’s source said Johnson will ask EU leaders not to offer any further Brexit extensions, forcing MPs to choose between the new deal and no deal.

“The prime minister will tell EU leaders that it’s this deal or no deal — but no delays. He will not ask for an extension and will not accept one if offered.”

We’ll have more on this Monday after the pivotal weekend vote has taken place and Johnson may or may not be thrown into the River Thames.

American Consumer is Running out of Steam

The American shopper is not buying as much crap as they usually do amid trade war tensions, rising prices as a result of tariffs, and a general sense that the entire global economy could explode at any moment.

Until now, consumer spending has been boosted by record-low unemployment rates (because when folks have jobs, they can afford to spend $15 to have a robot automatically harass their avocados). But this is the first sign that spending is slowing in the face of a seemingly never-ending trade war.

“This morning’s report forces eternal optimists to face the possibility household spending may be moderating along with a decline in fundamentals,” Lindsey Piegza, Stifel chief economist, wrote in a note to clients.

The decrease in sales was partially driven by a 0.9% decline in spending on vehicles, a stark pullback from a strong 1.9% gain in August.

That said, these numbers reflect spending from a single month, which can often be misleading when taken out of context.

Until we see next month’s figures, we won’t be able to tell if September is a once-off anomaly or the start of a trend downward (in which case, I better sell my stock in Alan Alda’s Avocado Harasser Emporium).

Netflix brought in $1.47 per share in Q3, exceeding estimations of $1.04. (And despite 95% of new content being pretentious chefs cooking in slow motion and saying “food is love” over and over again. It’s a sandwich, not the Geneva Convention, Barbara.)

In its letter to shareholders, Netflix addressed the landslide of new streaming services suddenly popping up (subscribe now to the One Last Thing Streaming app, the home of Alan Alda’s Law & Order Harassed Avocado Unit) but tried to downplay the impact these new services will have on their subscriptions.

“The launch of these new services will be noisy. There may be some modest headwind to our near-term growth, and we have tried to factor that into our guidance,” said the corporate entity known as Netflix. “While the new competitors have some great titles (especially catalog titles), none have the variety, diversity and quality of new original programming that we are producing around the world.”

In an attempt to shift investors’ focus away from the insane glut of new streaming services, Netflix’s CEO and stock photo of “middle-aged man enjoying retirement” Reed Hastings made the case that the only true competitor here is the same one that’s been there since the beginning of Netflix: TV.

“Many are focused on the ‘streaming wars,’ but we’ve been competing with streamers (Amazon, YouTube, Hulu) as well as linear TV for over a decade,” said Hastings.

“The upcoming arrival of services like Disney+, Apple TV+, HBO Max, and Peacock is increased competition, but we are all small compared to linear TV. So we’re not really competing with each other, but with broadcast.” 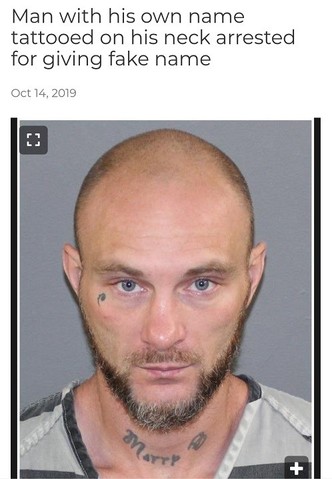 Impeachment 101: A Matter of Interpretation

Following a certain phone call between President Trump and comedian and Ukrainian President (I never know which order to put those in) Volodymyr Zelensky, a U.S. presidential impeachment looks all but certain.

Or, at the very least, a Democrat-run Congress is going to vote to impeach President Trump.

But what does that actually mean? What kind of timeline are we looking at here? And if the president is impeached, where do we go from there?

After all, in the entirety of U.S. history, only two U.S. presidents have ever been impeached by Congress (Nixon resigned before he was impeached). And both of those presidents were acquitted by trial in the Senate.

To clear everything up, I asked my colleague and geopolitical expert Jim Rickards to come into the One Last Thing offices and set the record straight.

Take it away, Jim:

A Matter of Interpretation

Democrats say the call was an invitation to a foreign power to intervene in the 2020 election by targeting Joe Biden.

Staunch Republicans say the call was friendly and pointed to 2016 bad acts and that there was no quid pro quo.

They and right-wing advocates have supported Trump against the impeachment threat and criticised Democrats for trying to remove a president from office based on a nothing burger conversation.

There’s no point in reciting the pros and cons. And you’re free to support whichever side you want.

The point is there’s no middle ground. Both sides have their narratives and never the twain shall meet. All that matters now is politics and votes.

The Democratic impeachment momentum is unstoppable and the 218 votes needed to impeach are rapidly falling into line.

Expect an acrimonious six weeks and impeachment before Thanksgiving.

No Chance of Senate Conviction

The articles of impeachment go to the Senate for a trial. Republicans have 53 votes in the Senate. It takes 67 votes to remove a president from office.

If all 45 Democrats and two independents vote to remove, it will still take 20 Republican defectors to remove Trump.

That won’t happen, not even close. In fact, Senate Majority Leader Mitch McConnell and Judiciary Committee Chair Lindsey Graham have said the “whistleblowers” will have to testify publicly and Hunter and Joe Biden could be called as witnesses.

The entire trial may be wrapped up in a matter of days and finished before Christmas. Trump will have the last laugh. But it will be a rocky ride between here and there.

According to Jim, the impeachment proceedings will only end up hurting the Democrats in the long run (which is why Nancy has been dancing around the issue for so long).

Technology
Author Sean KeyesPosted on 18th May 20165th July 2018
Robotic process automation is software you train to do work around the office. It's "today's technology". But "tomorrow’s technology" is already here.