I’m a firm believer that every single person on the planet deserves the benefit of the doubt.

Unless that person is Michael Avenatti.

That guy is as shady as a public restroom in Fort Washington Park. 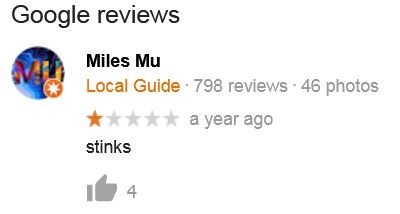 Yesterday, Avenatti was arrested by the FBI in New York for attempting to extort millions of dollars out of Nike. At the same time, he was charged by federal prosecutors in Los Angeles for wire fraud and bank fraud.

Avenatti is so shady, they are charging his ass from sea to shining sea.

Stormy Waters: The Californian lawyer got a taste of fame when he represented Stormy Daniel’s in her lawsuit against Donald Trump. Stormy has since had the good sense to replace Michael. But we can’t seem to get rid of him.

Allegedly, Michael threatened to release damaging information about Nike on the eve of an NCAA college basketball tournament unless the company met his list of demands. 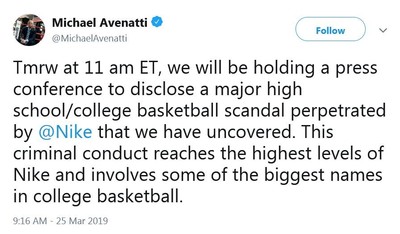 How will we ever catch this criminal mastermind?

Like all great criminals, Michael gave Nike some breathing room to choose exactly how they’d like to be extorted.

(As Don Corleone said, “I’m gonna make him an offer he can’t refuse… and maybe give him two or three other options. We’ll see how he’s feeling on the day.”)

He gave Nike the choice to either:

Avenatti was arrested at the offices of Nike’s lawyers when he went in for a meeting to discuss the terms of the blackmail. (If you’re not good at crime, just don’t do it, folks.)

When the federal charges against Avenatti were announced, his former client Stormy Daniels commented: “Knowing what I know now about Michael, I’m saddened but not shocked regarding his arrest.”

What do you think, folks? Is he guilty? Or is this a takedown of a fine and honorable paragon of justice?

Uber Buys the “Uber of the Middle East”

Overnight, Uber announced plans to buy its biggest rival in the Middle East for $3.1 billion.

This is the take-me-home-I’m-drunk app’s biggest acquisition to date. And the largest acquisition of a Middle Eastern tech company, period. (My app Shazaam-for-Hummus never really took off.)

Careem operates in 98 cities throughout the Middle East, Africa, and Southern Asia. Which will give Uber a much-needed foothold in a region where it’s struggled to establish itself in the past.

For now, Careem will continue to operate as a separate brand, with a board of directors comprised of a mix of Uber and Careem representatives.
(Why rebrand when Careem has put in the hard work to build that name recognition?)

(Sourced from reviews of Careem Pakistan.)

In the last few years, Uber has pulled out of some of the more challenging markets overseas, like Russia, China, and SE Asia.

But Uber Chief Executive Dara Khosrowshahi wants the company looking its most global before it goes public later this year.

Think of Uber’s IPO like a big date. And acquiring Careem is like buying a new dress and applying a fresh coat of lipstick.

Of course, a deal of this size is subject to regulatory approval. But Khosrowshahi expects it to be all sewn up by early 2020 (give or take a government shutdown or two).

Realistically, the acquisition of Careem is just pre-IPO set dressing. But Uber has a little secret under the hood that they are keeping quiet for now.

Apple’s pivot to a more service-focused model is unsurprising considering the iPhone’s increasingly poor performance. In 2018, Apple’s share of the market dropped again from 18% to 16%.

The company’s stock dropped 1.2% yesterday, as nervous investors showed a lack of confidence in this new more-Netflixy vision for Apple.

Overall, the presentations were light on any hard details. But here’s what we know so far.

AppleTV+ is a Netflix-like subscription service, featuring a mix of original Apple content and purchased shows.

Apple News+ is a new subscription service that bundles magazines, digital subscriptions, and newspapers under one monthly subscription. (Like Netflix… but for a dying industry.)

Apple Card is a new credit card, built off the success of Apple Pay. (Buy your Apple products with your Apple credit and sleep in your Apple bed made of old Macintosh IIs.)

Apple Arcade is an all-you-can-eat, subscription gaming platform. (It’s like Netflix, but for — ah, forget it. You know what I’m going to say.)

A New Frontier for Tech Emerges

There’s a new frontier for tech.

Like all frontiers, it’s a little rough around the edges.

It’s got a lot of growing to do. But it’s potential for growth is enormous.

And you won’t find any dorks on Hoverwheels gumming up your sidewalk (looking at you San Francisco). 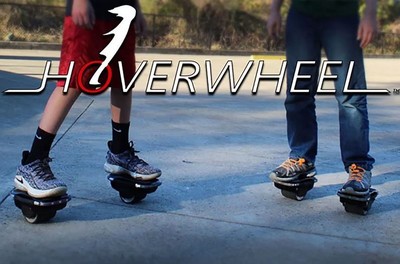 Africa’s progress has been hindered throughout history by colonialism, slavery, drought, war, and poverty. And to this day, it still has plenty of social and economic problems.

But Africa is counting on a new wave of tech entrepreneurs to solve those problems and springboard the continent into an emerging economy. And it’s in a unique position to do so.

Right now, Africa’s population is estimated to be about 1.2 billion, with more than 60% of those people under 24. By 2050, the UN estimates the population will double to 2.4 billion.

That’s a lot of young people. Enough to fuel the rise of a whole new industry.

Facebook and Google know this. And they’re already putting a number of different initiatives into action to leverage this new workforce.

Last year, Facebook pledged to train 50,000 people to give them the digital to succeed. And in Ghana’s capital, Accra, Google opened Africa’s first artificial intelligence lab.

It’s encouraging that the big data hounds see potential in Africa’s tech sector. But what’s really exciting about the tech revolution isn’t the companies that are going over there.

It’s the companies and tech that’s coming out of there.

Clearing up the No-Collusion Confusion

Why the EU will collapse

Economy
Author Shane OrmondPosted on 15th April 201916th April 2019
Goldman Sachs has reached into its golden sack and pulled out the old crystal ball for yet another round of election predictions. According to...

Economy
Author Shane OrmondPosted on 24th June 2019
The U.S. is threatening Iran with a fresh volley of economic sanctions (even though the country is already sanctioned up the wazoo). The Trump...