Facebook pulled back the curtain on its long-rumoured crypto payment system this morning.

It’s backed by some of the biggest names in crypto and payments technology, including Visa, Mastercard, and PayPal. And it’s called Libra (because nothing says the future of payments like the saltiest zodiac sign).

According to Facebook, Libra isn’t just another crypto to be tossed into a sea of increasingly terribly named coins.

Former PayPal President David Marcus has been working with the company for more than a year to build a system that will take cryptocurrency mainstream.

Libra will be integrated into Facebook’s Messenger, WhatsApp, and probably any other apps Facebook gobbles up in the future. 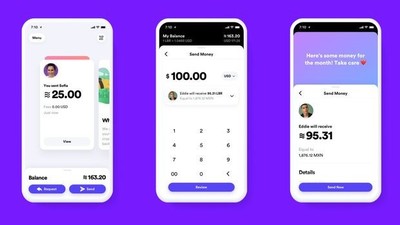 The Facebook graphics department has a surplus of purple they’re trying to get rid of.

Getting to that point where crypto is a part of everyday transactions is bitcoin fanatics’ wet dream. (And they’ll celebrate the opening of every Japanese vending machine that accepts bitcoin for Pocari Sweat.)

Facebook’s crypto system, however, already has the backing of 24 mega corporations that can make that dream a reality.

Libra’s big-name backers include Uber, Mastercard, Spotify, PayPal, and Visa — each of whom holds the keys to enormous payment infrastructures. All backers have put $10 million each towards the project.

And unlike bitcoin, Facebook’s crypto will be backed by real-world assets, making it less volatile. (Because nobody wants to spend £5 on a coffee and a pastry in the morning and have that crypto to be worth a Lamborghini in the evening.)

The Power Behind the Throne

Which means users will likely be able to invest in classic cryptos like bitcoin through the Libra service.

This will provide some much-needed accessibility to the crypto infrastructure and likely make 2020 a blockbuster year for crypto. But savvy investors know that the real opportunity is in the underlying technology beneath Libra.

We’re calling it the “Carbon Web.”

An estimated 90% of banks in Europe and North America are exploring this technology as we speak. And according to MIT, this technology is going to reach “critical mass” in 2019. 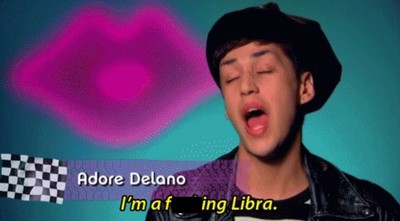 Venezuelan dictator Nicolás Maduro is secretly selling the country’s gold reserves to prop up his failing regime (and keep the stress-eating dictator in empanadas).

According to reporting by the Wall Street Journal, Maduro is offloading tons of Venezuelan gold through an underground operation in Uganda.

Ugandan police say about $300 million worth of gold was secretly flown into Uganda in March of 2019. The gold arrived in two shipments via a Russian charter jetliner. (Of course, the Russians are involved. They love a good authoritarian dictatorship.)

The U.S. has placed strict sanctions on Venezuela until Maduro, who is not recognised by the U.S. as a legitimate president, is removed from power.

However, by tapping this black-market economy, Maduro has been able to eke out a financial lifeline for his regime. And with that money, he can keep his vast military in line and Salt Bae on speed dial.

This is my favourite meme-dictator pair up since Fidel Castro and that guy from the t-shirts.

You’d think that having a black-market gold-laundering service for dictators would bother most folks. But a spokesman for Ugandan President Yoweri Museveni says that Mr. Museveni “backs the plant just as he does all other investors” as long as it’s doing its part to transform Uganda’s economy.

(Hey! Maybe Uganda could do guided tours of the black market economy undermining the pursuit of global democracy.)

Since the refinery was established in 2015, gold has overtaken coffee to become Uganda’s No. 1 export (despite not mining much gold at all).

But this Belgian-owned refinery/cash-4-gold scheme is just a single link of a global underground economy.

There is an international black market capable of shifting huge amounts of money, devoted to keeping dictators like Maduro in power. And we’ve barely scratched the surface.

The FAA wants to bring back the supersonic passenger aircraft. (Because, as every 6-year-old knows, faster=gooder.)

“Supersonic aircraft are back on the horizon,” said acting FAA chief Daniel Elwell who, as a government employee, is physically incapable of passing up a play on words.

The proposed changes would permit louder takeoffs and landings and clear the path for several commercial companies waiting in the wings. (Alright. I like wordplay too. So sue me.) 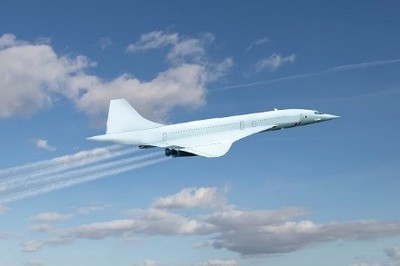 With supersonic technology, fleeing the country because your party lost will be faster than ever before.

Back in the days of Concord, the FAA gave the European-based company a free pass on those regulations (because Jiminy Willikers, didja see how fast that plane was, mister?).

But in order to develop the tech here in the U.S., regulations will need to be loosened.

According to the FAA, there are already four commercial enterprises trying to certify supersonic technology. And once we loosen up those regulations, everyone and their grandmother will be making supersonic jets in their garage.

The long-awaited return of the supersonic passenger craft will be welcomed with open arms by globetrotting execs who want to get to China and back in the same day. But it’ll probably suck for folks who live near airports.

The Gaping Hole in the U.S. National Security

According to a report by the New York Times, the U.S. has stepped up its cyber defense, launching pre-emptive attacks against the Russian electrical grid.

Of course, the report was immediately denounced as “Treason” by President Trump via Twitter. 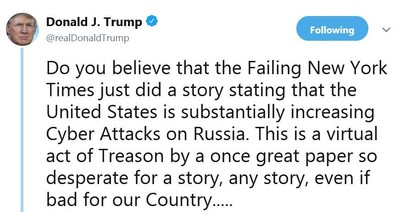 When do you think President Trump canceled his subscription to the “once great paper?”

Mr. Trump went on to say that, as well as being treason, the story was “NOT TRUE!”

The Old Grey Lady was quick to respond on Twitter (I would just like to go one day without typing the word Twitter, please), saying they ran the story past Trump’s security officials, who had no objections.

Regardless of who committed a spot of treason or who forgot to check in with his administration before tweeting, the story highlights an enormous security vulnerability in the U.S.

If the grid goes down, the whole country is without power.

Experts estimate that after a year without power, 90% of all Americans would be dead of starvation or disease. But it wouldn’t take a whole year or even months to do serious damage.

Just a few days offline would be a major blow to the economy that would take months to recover from. And if an outage was timed during an attack, the cost to civilian life would be catastrophic.

And this isn’t purely theoretical. Over the weekend, Argentina’s national grid went down and five countries in the region lost power.

Now, we have no idea whether or not the outage was a cyber attack. But Argentinian officials said they haven’t ruled it out yet.

The same thing could happen to the U.S. national grid. Previous administrations have been notified of this gaping hole in the national security but decided not to do anything about it (because it’s expensive).

And, as reported by the Wall Street Journal in January this year, Russian hackers have already wormed their way into the system. And it’s highly likely they’re still in there.

I know. I know. There’s a lot to parse here.

So we’re going to come back to this tomorrow and dive into some of the strange solutions for this seemingly impossible problem.

Economy
Author Pieter CranenbroekPosted on 17th December 2018
UK retailers have struggled all year. Now even the most lucrative time of the year threatens to be spoilt for them.