The Kanye West of PowerPoints dropped her annual Internet Trends Report yesterday. And it’s straight fire, yo. (Ow. I think I put out my back writing that.)

Bond Capital founder and obsessive internet user Mary Meeker has been putting out this report on the most important trends in the online space every year since 1995. (But back then it was just a list of her favourite GeoCities sites.)

At 333 slides, the 2019 report is about 332 slides longer than I like my PowerPoints. But luckily my team was on deck last night to help me comb through every slide (and drink all my beer).

The biggest takeaway from this year’s report is that we’ve transitioned to a new phase of the internet – the always online phase.

Here are the most important trends highlighted in Meeker’s Internet Trend Report 2019:

The report confirms what any doofus with a pair of eyes can see: our lives are becoming increasingly entangled with the online world.

It’s not a trend. And it’s not going away any time soon. But we are at a tipping point. And this is going to result in some major changes to the infrastructure of the internet.

Futurist George Gilder, who predicted the iPhone in his 1990 book Life After Television, says we are heading into the era of the internet 2.0.

I’ve been discussing this idea with George and we’re going to start featuring some of his insights and super predictions here in the pages of One Last Thing. And there’ll be a special report from George in your inbox this Friday.

But for now, one final trend highlighted in the report is that images are increasingly becoming the way people communicate online. More than 50% of Twitter impressions in 2018 were images, video, or other media.

And all I have to say to that is: 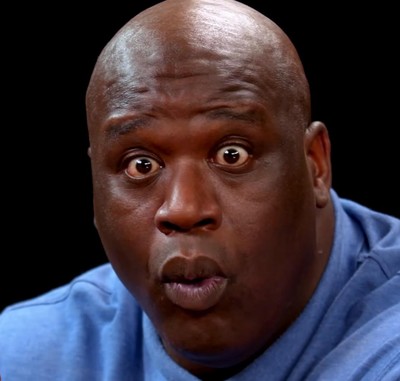 Nevada has become the first state to ban employers from refusing to hire applicants who fail a marijuana screening test. (Because it would be nearly impossible to fill a position in Las Vegas otherwise.)

The law won’t apply to EMTs, firefighters, or other jobs you really shouldn’t be high while doing. (Like a position where you’re surrounded by a lot of snacks for example.)

Even then if you do fail a screening test, you have the right to submit an additional test and the employer must accept the results of that test. (“LOL. I did this test at home. It’s clean.”)

Nevada is the first state to approve a law like this. And it may seem like a small thing in the grand scheme of things. But it shows how much the idea of smoking marijuana has become normalised.

Three years ago recreational marijuana was illegal in Nevada. And now they’re establishing laws to protect marijuana users from their not-so-chill employers.

Every law like this that gets on the books brings the U.S. one step closer to legalisation on a federal level.

And whether you think that marijuana is a dangerous drug or the best way to watch cartoons, its legalisation is going to make a lot of people money.

The government’s going to bank billions of dollars in taxes. The marijuana companies waiting in the wings are going to make out like bandits.

At least 72 people have been injured in the Hong Kong protests, as local authorities do their best impression of their mainland-China counterparts.

Today, for the first time in Hong Kong’s history, police fired tear gas and rubber bullets into crowds of its own citizens. The violence began outside the city’s government headquarters, where demonstrators had gathered to protest the controversial China extradition bill.

(The bill, which we covered in Monday’s issue, would allow China to request the extradition of their political opponents to Beijing and turn Hong Kong’s prisons into an all-you-can-eat buffet for the Chinese Communist Party.)

Hong Kong Police Commissioner Stephen Lo Wai-Chung claimed the violence broke out when the demonstration became “a riot,” and the police had “no choice but to start to use force.”

However, Amnesty International played the I’m-rubber-you’re-glue defense, saying that while a “small minority” of protesters had turned violent, Hong Kong authorities were using this as an excuse “to use excessive force against the vast majority.”

“The ugly scenes of police using tear gas and pepper spray against overwhelmingly peaceful protesters is a violation of international law,” the organisation said in a statement.

“This excessive response from police is fueling tensions and is likely to contribute to worsening violence, rather than end it. We urge the Hong Kong police not to repeat such abuses against peaceful protesters, and instead ensure people can legitimately exercise their rights. We also remind police that using force against protesters already brought under control is unlawful.”

During a meeting with the Polish President today, President Trump said that he hopes “it all works out for China and for Hong Kong. I’m sure they’ll be able to work it out.”

“The extradition bill imperils the strong U.S.-Hong Kong relationship that has flourished for two decades,” said Pelosi. “If it passes, the Congress has no choice but to reassess whether Hong Kong is ‘sufficiently autonomous.’”

Meanwhile McConnell said the bill was “another erosion of the rule of law and tightening of Beijing’s grip on their imperiled autonomy.”

Under the 1992 United States-Hong Kong Policy Act, Hong Kong gets special treatment by the U.S. as long as it remains “sufficiently autonomous” (special treatment like exemption from trade war tariffs and other trade restrictions imposed on China).

If it were determined Hong Kong was in the back pocket of old man China, it would lose those privileges, severely damaging its position as a hub for trade and investing in the East.

How to Be a Superforecaster

Have you heard of the Good Judgement Project?

It might sound like that new church down the road with the hip pastor that skateboards everywhere. (We get it, Derek. You’re not like other pastors.)

But it’s actually a government-funded group of citizens that try and predict the future. And the best of them, the “superforecasters” as their called, are pretty darn good at it.

The group’s founder Philip Tetlock was inspired to create the GJP after running a test on 284 professional “experts” on political and economic trends.

The group was tasked to make a series of predictive judgments about 82,361 geopolitical and financial events. They were simple “Yes or No” questions like: “Would X win this election?” or “Would the resolution to this conflict be peaceful?”

The result was… a “dart-throwing chimp” would be more accurate than most so-called experts. In fact, Tetlock found that the closer someone was to a certain subject, the more likely they were to have biases… and make bad predictions based on those biases.

In response, he started the Good Judgement Project in partnership with the Intelligence Advanced Research Projects Activity (or the much catchier IARPA).

Every year, the members of the GJP make thousands of predictions, just like those experts did in Tetlock’s first experiment. The difference here is that these folks aren’t experts and they predict as part of groups.

The first year, everybody was grouped randomly. But the second year, Tetlock took the best predictors from the first year and put them into their own groups. He did the same next year, and the next year, until he had several groups made up of the top 2% of forecasters.

He calls these top tier groups the “superforecasters.” And they now predict geopolitical and financial events with 30% more accuracy than intelligence officers with access to actual classified information.

In fact, Tetlock says that anyone can become a superforecaster.

War in the Middle East

Economy
Author David StevensonPosted on 29th June 20195th July 2019
It’s getting ever-harder to split politics from financial markets. We’ve just heard Donald Trump thanking himself via Twitter for sending many US shares to...

Economy
Author Sean KeyesPosted on 3rd April 2019
Lest I be thought of as a lily-livered Remainer, last week I wrote about Why the EU will collapse . I said, “The EU is a...