Well folks, there you have it.

After two years of investigation, 2,800 subpoenas, nearly 500 search warrants, and more than 500 witness interviews (deep breath), Robert Mueller has concluded that there is “no evidence” of collusion with Russia. 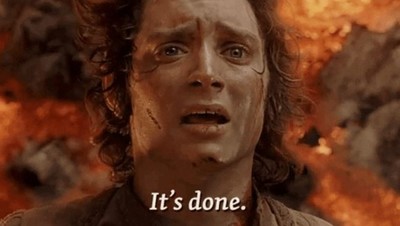 Obviously, the report itself has not been made public (for now). But Attorney General William Barr was kind enough to give us the cliff notes over the weekend.

So, what does the report say? Are we done with this crap? And where do we go from here?

No Collusion Was his Conclusion

Right off the bat, the headline news was “no collusion.”

(There goes my marketing strategy for my vodka-infused beer Collusion IPA.)

The Special Counsel found no evidence that the Trump campaign “conspired or coordinated” with Russia.

Somebody woke up with a spring in their step yesterday morning.

Notably, Attorney General Barr wrote that there was no conspiracy “despite multiple offers from Russian-affiliated individuals to assist the Trump campaign.”

So the Russians were definitely up for some collusion. But they just couldn’t get anyone to take them up on their good old-fashioned conspiracy.

“No Indictment, No Exoneration”

You probably saw the quote ”does not exonerate” bandied around by Dems on social media over the weekend.

The phrase, which appeared in Barr’s summary, relates to the charge that Trump obstructed Justice when he fired James Comey. But what does it mean?

Basically, the Special Counsel couldn’t make up his mind on whether or not Comey’s firing was obstruction of justice. Instead, he laid out both sides of the argument and left the decision up to AG Barr.

Barr decided that because there was no evidence of collusion, Trump could not be indicted for obstruction of justice.

Simply put: How could there be a cover-up if there was no crime in the first place?

What about all those indictments?

Mueller’s investigation resulted in dozens of indictments for members of the Trump campaign and at least eight guilty pleas or convictions.

Which is why the Dems were so confident that there was evidence of collusion. But a quick look at those guilty pleas tells a different story.

Notice a pattern? All these guys were charged with lying when they were questioned about Russia. But none of them caught any charges for actually colluding with Russia.

Basically, Mueller was pulling the classic mom move, “I’m not upset that you have Russian contacts. I’m mad because you lied about your Russian contacts.” (Mom was always grilling us about our ties to foreign entities.)

Where do we go now?

The end of the investigation, and Mueller’s ruling of no collusion is a huge cloud lifted off the Trump White House. But don’t bank on the Dems letting up on Trump any time soon.

After that, the Dems intend to launch a whole string of their own mini investigations.

As House Judiciary Chairman Jerry Nadler told reporters yesterday, “We’re going to move forward with our investigation into obstruction of justice, abuses of power, corruption, to defend the rule of law, which is our job. It’s a broader mandate than the special prosecutor has. His mandate is only for crimes.”

Nadler has never been shy about calling for Trump’s impeachment (check out his Twitter). But it’s doubtful he’ll be able to pull it off.

For one, Nadler’s investigation will have none of the special powers granted to Robert Mueller by the Justice Department. It’s unlikely his investigators will find anything that Mueller hasn’t already dug up in the last two years.

As for me, I need to come up with a new beer. How about a zesty No-Collusion Grapefruit Infusion?

Please Refrain From Speaking to Your Driver

If everything goes to plan, rideshare app Lyft will be going public at the end of the week.

But before you reach for those purse strings (or wallet chain or however you keep your money strapped to you), you should know how Lyft plans to treat its investors.

You see, Lyft founders Logan Green and John Zimmer are more than happy to take your fat stacks of cash. But after that, they want you to have as little input into the actual business as possible.

And they’ve ensured that with a dual-class share structure.

Lyft me up… on wings made of class B shares

In a dual-class share structure, there are two types of stocks at play.

Class A stocks carry a single vote, just like a regular stock. This is the class of stock that you and the overwhelming majority of Lyft investors would hold.

Class B stocks are a special kind of stock that only special boys Logan Green and John Zimmer get. These stocks have 20 times the voting power of a regular stock.

So despite the fact that Logan and John own less than 5% of Lyft’s stock, they hold 49% of the voting power. Together with Lyft’s officers and directors, they will control 61% of the votes — essentially allowing them to veto any decision they don’t like.

This decision doesn’t just rob shareholders of their voting power though. It also prevents Lyft from being listed in some of the major investing indices.

Snap Decision: After the Snap IPO, where shareholders were given 0 votes, S&P Dow Jones announced a ban on new dual-class companies. Lyft’s 20-1 system isn’t as egregious as Snap’s 1-0 system. But it’s not much better.

Keeping Lyft out of the safe harbour of passive funds and ETFs will result in the stock being much more volatile. But that doesn’t really matter to us.

Like we’ve said in the past, when it comes to these mega-successful startups, the real gains are made before IPO.

Recession Indicator Flashes Red for the First Time Since 2007

Now that the Mueller investigation is over, we can finally sit back and enjoy the… recession?!

On Friday, the major averages posted their worst single-day performance of 2019. The Nasdaq Composite posted a loss of 2.5%, while the Dow dropped 460 points by the closing bell.

The drop was triggered by an ill omen for the markets: The Inversion of the Yield Curve! (Cue lightning sound effect.)

Yield of Dreams (invert it and recession will come)

The yield curve is a line that measures the difference between U.S. Treasury yields based on length to maturity.

And it just so happens to be one of the most dependable predictors of a recession. Recession has followed an inverted yield curve on seven out of seven occasions over the past 50 years.

Basically, the longer you commit to holding a bond the more you should be rewarded as compensation. But when you invert the yield curve it means that that short-term bondholders are being compensated better than long-term bondholders.

That means that investors are worrying about growth and are concerned about the long-term outlook for the economy. (Great job, Jerome Powell!)

So when will this recession hit? Should I just go ahead and start writing all those articles about saving money by drinking less Starbucks?

Zap your pain away with this new tech

At least, that’s what one study from the Institute of Medicine claimed in 2011.

Other studies claim the Institute of Medicine is populated with idiots and grossly inflating the figure.

These studies put the number between 30 and 70 million people.

But even at the lower end of the scale, we’re still talking about 30 million Americans suffering from chronic pain.

So what is chronic pain? And how can it be treated?

A major pain in the everything

It simply refers to any pain that lasts more than 12 weeks. Basically, it’s the kind of pain that lingers and has a serious impact on your quality of life.

Today, chronic pain is one of the most common reasons adults seek medical care. And it’s been linked to restrictions in mobility, anxiety, depression, and dependency on opioids.

That dependency on opioids is a direct result of doctors’ dependency on prescribing opioids to treat chronic pain. And it’s contributed heavily to the U.S. opioid crisis.

But there may be a new way to treat chronic pain with no opioids… not a single addictive painkiller in fact.

We teased this idea, which can be traced all the way back to Nikola Tesla, in Friday’s issue of One Last Thing.

Bioelectronic medicine is a group of technologies that treats conditions with electrical stimulation.

In layman’s terms, your nervous system is zapped with a current of electricity. That electricity acts like a switch allowing us to turn certain functions in the body on or off.

It sounds simple enough, but the applications for this sort of tech are vast. Imagine being able to “turn off” your chronic pain by simply disrupting the signal. No medicine. No surgery.

Doctors have been using bioelectronic medicine to treat heart conditions for years, but new tech is taking the potential applications of the science to a whole new level.

Scientists believe that bioelectronic medicine could be used to replace pharmaceutical treatments for those suffering from:

Last year, Researchers at Northwestern University and Washington University School of Medicine debuted an implantable, biodegradable wireless device that speeds nerve regeneration and improves the healing of a damaged nerve.

And when its job is done, the device is simply broken down and harmlessly absorbed by the body. (Gross. But very cool.)

Obviously, it’s early days yet, but there’s been significant growth in the sector in the last year alone. There are two new spinal cord stimulators on the market that disrupt pain signals with electrical stimulation. And one company has developed a bioelectric treatment for epilepsy.

Still, most folks haven’t even heard of bioelectronic medicine. And yet, according to market research firm IDTechEx Research, this sector will be worth $60 billion by the year 2029.

Should you hedge against Brexit?

Economy
Author Kit WinderPosted on 25th September 2020
The results are in!

Economy
Author Jim RickardsPosted on 14th November 20175th July 2018
Gold could be in a long-term trend right now that spells dramatically higher prices in the years ahead.
Economy
Author Kit WinderPosted on 11th January 2021
Last Friday, I wrote about the economics which are driving the decline of coal power (here). I’d suggest it’s reading that one before continuing,...