Apple is the latest American company to face criticism in China for displaying apparent support for the pro-democracy protests in Hong Kong (with a cute app).

The company, which isn’t exactly known for its activist leanings, provoked anger in China after approving an app designed to help protesters avoid police in Hong Kong.

HKmap.live is kind of like the Ways app. But instead of helping you avoid traffic, it shows you the location of cops, shootings, tear gas, and other things likely to ruin your grocery run.

The adorable app pinpoints the location of cops with a cute doggy emoji (in HK, the cops are known as the “dogs” of Beijing) and heavily armed elite police squads are marked with little dinosaurs (referring to the squads’ nickname of “raptors”).

The app has 16 different adorable emojis in total, each of which denotes a different type of hazard or emergency, such as: road closures, bullets, water cannons, emergency services, and family members you just want to avoid right now.

The app is available in Hong Kong and the U.S. but is banned in the Chinese Apple Store where the iPhone maker regularly deletes apps to keep the Chinese government happy.

(I mean, it’s an authoritarian dictatorship so they’re never actually happy. But Xi Jinping probably gets a kick out of deleting all the Winnie the Pooh apps.) 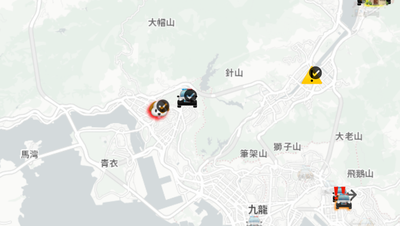 When we downloaded the app there wasn’t much going on… which is a good thing, I guess?

According to the app’s developer, all it does is consolidate information that is already publicly available which doesn’t break any of the laws in Hong Kong.

Meanwhile, on mainland China, an article published in the state-controlled China Daily accused Apple of “allowing the rioters in Hong Kong to go on violent acts.”

The iPhone maker (and accidental pro-democracy supporter) hasn’t answered any media questions concerning the app at time of writing. But I certainly wouldn’t envy their PR department today.

The company now faces the tough decision to either allow the app and endanger its business in China or ban the app and face criticism from the American consumer and the U.S. government for bowing to Chinese demands. (And risk upsetting those poor boys who make South Park.)

The FBI (which according to this hat I bought at the mall, stands for Female Body Inspectors) disclosed yesterday that they’d had been caught red-handed abusing powers granted to the intelligence community in the wake of 9/11 to target U.S. citizens. 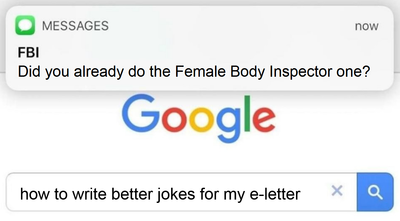 The Patriot Act granted the FBI carte blanche to target and monitor foreign threats. However, according to the documents released yesterday, the second-worst U.S. intelligence agency used those powers to dig up information on American citizens, vet its own employees, and, in one case, just kinda allowed this random guy to super Google himself.

In one of the offending incidents cited in the judge’s ruling, the FBI conducted an illegal search of more than 70,000 emails, phone numbers, and other digital identifiers relating to its own employees. (It probably came as a shock to prospective candidates when their interviewer asked them why their fourth cousin twice-removed had OJ’s phone number.)

According to federal law, the FBI’s terrifying database of raw information, which catalogs almost everything you do online or on your phone (yeah, even the sexy stuff), should only be searched by the FBI as part of a criminal investigation or for foreign-intelligence information.

And yet, in one case, the FBI let an outside contractor use the database to search for information on himself, other FBI personnel, and his relatives.

Judge Boasberg wrote that there was “a large number of FBI queries that were not reasonably likely to return foreign-intelligence information or evidence of a crime.

“The court accordingly finds that the FBI’s querying procedures and minimisation procedures are not consistent with the requirements of the Fourth Amendment.”

The court ruling happened last year but the information wasn’t made public until the government lost an appeal before another secret court. (I’m not saying it was the lizard court. But you don’t much hear the Eagles playing in the halls of the FBI HQ these days, if you know what I mean.)

U.S. stocks traded lower yesterday as an avalanche of not-great news dashed investors’ hopes of a quick and easy resolution to the Chinese trade war. (Well, as “quick and easy” as it can be, after a year and a half of negotiations.)

Representatives for the U.S. and China are scheduled to meet in Washington tomorrow to restart trade negotiations and eat a whole bunch of takeout.

Investors had some cause to believe that this could be the start of a peaceful resolution to the trade war, with both sides publically signaling they were ready to make some compromises.

But like friends-of-the-family Jeff and Lisa, there’s more to this relationship than the idyllic hiking photos they’re constantly posting on Facebook. (Sorry guys, you were terrible for each other.)

Monday, as we reported in One Last Thing, the U.S. blacklisted 28 Chinese companies for aiding the Chinese government in human rights violations (which probably included organ harvesting).

The Department of Commerce said this decision had nothing to do with trade negotiations. But somehow I feel like it might come up.

Shortly after that, the Chinese Commerce Ministry warned Beijing it will “take all necessary measures to resolutely safeguard Chinese interests.”

To add insult to (a well-deserved) injury, Bloomberg reported yesterday the Trump administration would move ahead with plans to restrict capital flows into China.

Meanwhile, the South China Morning Post (which I definitely read every single day) reported that the Chinese negotiators have no “special instructions” to make a deal this round of negotiations and are already planning to cut their visit to Washington short. (Which sucks because Lighthizer and Mnuchin were planning on taking them to the Ocean Dunes Waterpark that day.)

“The original plan was for [the Chinese Delegation] to leave Washington on [October] 12,” said the paper’s unnamed source. “But the departure could be moved ahead to the 11th. There’s not much optimism.”

“Not much optimism” was the theme of the day yesterday, with markets drawing down on the deluge of negative headlines. 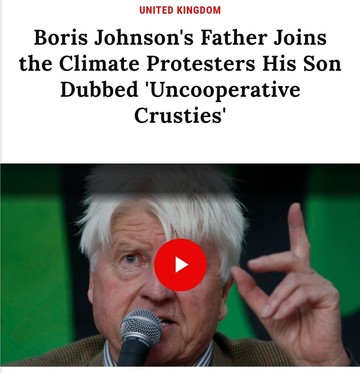 Alright, so as we reported above, things aren’t looking so rosy for the China trade negotiations. (Man, am I look forward to a day when there’s no China news. It’s getting old, right?)

Which ain’t overly surprising if the good lord blessed you with something wet and heavy between your ears. But it does, however, bring into sharp focus a concern you have forgotten about until now.

On December 15, the U.S. is scheduled to impose a second round of 15% tariffs on $160 billion of Chinese goods. After that, pretty much everything coming outta china will be taxed up the wazoo, including cellphones, laptops, electronic goods, and a whole bunch of Apple products.

When the administration announced those tariffs, well, most folks weren’t that worried. After all, December 15 was months away. Of course, we were going to have this whole trade war thing wrapped up in a neat little bow by the time December 15 rocked up.

But as the date draws closer, and as negotiations sour before they even start, it’s becoming more and more likely that these tariffs will go into effect. And that’s got analysts starting to worry.

“The biggest worry looming remains the December 15 tariff deadline,” said analysts at Wedbush in a note to clients.

“[It] would be a potential ‘gut punch’ if this tariff is not removed or kicked further down the road by the Trump administration given its negative consequences for semi [conductor] players and the broader tech space with Apple remaining the poster child for these trade worries given its Foxconn flagship iPhone.”

According to the folks at Wedbush, if China and the U.S. cannot put their differences aside before the Dec 15 deadline, it will be a dark day for tech stocks.

“Tech stocks are ultimately caught in the crossfire with Apple and the semi space remaining front and center as the Street is carefully watching how tech vendors are dealing with the current trade tensions,” said the analysts.

This is What Teens Are Buying

Technology
Author Sean KeyesPosted on 29th January 20191st February 2019
When you don’t have money, it’s tough to get it. And when you do have it, it piles up. Every other week the rich...

Technology
Author Sean KeyesPosted on 28th September 20165th July 2018
New tech has the potential to change the world though most of it never does. But right now a big story is happening.