Apple issued a formal apology yesterday for recording your private conversations and not being as gosh darn awesome as it would like to think it is.

Apple was one of the many discovered earlier this year using human contractors (to be fair, most contractors are human) to review secret recordings of your private interactions with their tech.

By default, all of your interactions with Siri (I knew there was something off about her) are recorded and listened to by outside contractors who review the audio for accuracy and help Siri get better at voice recognition. (Take a night class, Siri.)

You can be damn sure Apple (and Amazon, and Google, and anyone else with a magic learning AI) covered their asses legally in the fine print.

If you bought one of these voice recognition ding dongs, you essentially signed a contract saying you were A-OK with being recorded. But in their advertising, these little listening devices were pitched as smart AI that learned by listening and algorithms and computer magic that you wouldn’t understand. 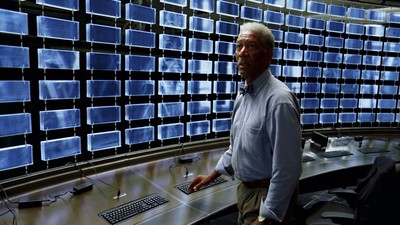 It’s essentially the spying machine from the Dark Knight but instead of Morgan Freeman, it’s some random college student in Ireland.

Apple officially apologised for violating your privacy in a public statement yesterday and promised to be more transparent about listening to you ask Siri to play that one Ed Sheeran song over and over again, Karen. (We’ve been making music since the dawn of man. There are other songs!)

“As a result of our review, we realise we haven’t been fully living up to our high ideals, and for that we apologise,” said Apple, never missing a chance to pat themselves on the back for striving to be best.

“We know that customers have been concerned by recent reports of people listening to audio Siri recordings as part of our Siri quality evaluation process. We heard their concerns, immediately suspended human grading of Siri requests and began a thorough review of our practices and policies.”

Going forward, Apple will allow you to opt-out of having dudes listen to your Siri recordings and will no longer store audio recordings. (Apparently, Apple had been holding onto recordings for years at a time. But for totally normal non-blackmail stuff.)

If you decide to “opt-in” and volunteer to help Siri improve its voice recognition tech, you can rest easy knowing that an Apple employee will be the one listening. (And we all know Apple employees are precious little cinnamon buns who can do no wrong.)

Thousands of Marijuana Convictions Go Up in Smoke

More than 20,000 New Yorkers will have marijuana convictions wiped off their record as part of a new state law aimed at reducing penalties associated with marijuana-related crimes. (And increasing the number of grown-ass people watching Spongebob Squarepants.)

According to a spokeswoman for the State Division of Criminal Justice Services, 10,872 people in New York City will see their marijuana convictions disappear — as will an additional 13,357 folks in the rest of the state. (But they weren’t included in the original figure because you’re not really a New Yorker unless you live within a 150-mile radius of Katz’s Deli.)

“For too long communities of colour have been disproportionately impacted by laws governing marijuana and have suffered the lifelong consequences of an unfair marijuana conviction,” Gov. Andrew M. Cuomo said in a statement.

According to the nonprofit Drug Policy Alliance, between 1990 and 2018, 867,701 arrests were made in New York State for low-level marijuana offenses. (Probably all that jazz.)

Even accounting for the folks released without charges, that number should be w-a-a-a-ay higher. It remains to be seen if New York is going to make good on its promise for everybody else or if these 24,000 or so New Yorkians just got lucky.

Regardless, the fact that a law like this has been passed in the first place (even in NYC) is a huge sign of the changing attitude towards marijuana in the States.

Today, eleven states have legalised marijuana for recreational use (AKA SpongeBob-related activities). And more than 30 states have greenlit medical marijuana.

The case for legalisation (AKA total Spongebobification) gets stronger every day. If (and when, in my opinion) that happens, investors holding marijuana stocks are going to make a killing.

Democrats Slashed in Half

Try DemAway: a new policy by the DNC guaranteed to get rid of more than 50% of your candidates. (Side-effects of DemAway may include clarity, increasingly progressive talking points, and Beto O’Rourke’s face.)

This year, the DNC introduced a controversial set of qualification requirements for each round of the debates. (You have to get Marianne Williamson off live TV somehow.)

In order to secure a space on the Sept. 12 debate stage (and a chance to bash Joe Biden about something he did 30 years ago), candidates are required to hit at least 2% in four DNC-approved polls and raise donations from at least 130,000 unique donors.

The deadline to meet the DNC’s requirements was yesterday (which is why you were inundated by Dems asking you to “chip in” a $1 donation on Facebook this week). 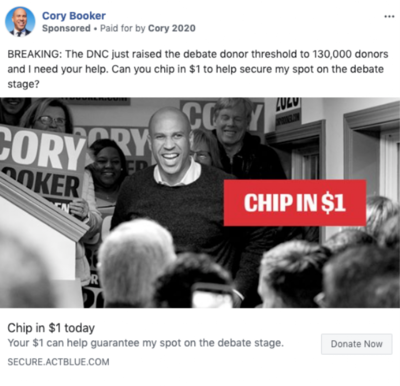 Chip in or Cory out.

Less than half of the candidates hit both requirements, leaving us with:

(I know. I too am shocked that spiritual advisor and officiate of Elizabeth Taylor’s 7th wedding Marianne Williamson did not make the cut.)

A few of the candidates who didn’t make the cut have resolved to stay in the race, even though the reduced exposure is a death knell for even the grassrootsiest of campaigns.

Montana Governor Steve Bullock, who didn’t make the cut, said the DNC’s new requirements unfairly puts smaller candidates at a big disadvantage. While campaigning in Iowa last week, Bullock says it costs him $60 on Facebook to get a $1 donor.

According to multiple sources, the Democrat candidates are paying anywhere between $20 and $60 to bring on a single $1 donor, all in service of hitting the DNC’s 130,000 unique donor requirement.

If that ain’t just the perfect symbol of how the U.S. government runs, I don’t what is. 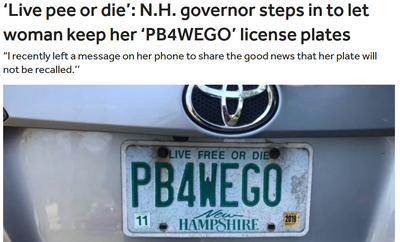 How Big Pharma Transforms 1% into 50%

Mark Twain didn’t actually coin the phrase. (That as it turns out, is a lie.) But that doesn’t make the central point any less true.

Statistics are often used to bolster weak arguments, obfuscate the truth, and, more often than not, convince you to buy something you don’t need.

Take, for example, statins: the miracle drugs that reduce your risk of heart attack and stroke.

Undoubtedly you know someone on statins or, heck, may even be using them yourself. (Pobody’s nerfect.)

You were probably told by your doctor that you have high cholesterol. And then you saw a branded ad that told you X drug lowers your cholesterol and reduces your risk of heart attack by 36%.

Thirty-six percent is a mighty fine statistic. Hard to argue with that. It’d be irresponsible not to take it with a statistic like that.

Well, as it turns out that mighty fine 36% is the result of some mighty fine statistical wizardry.

The actual, real-world effect of the drug is that, of 100 people treated with a statin, one of those people will have one less heart attack.

This is more accurately represented as a 1.1% reduction of risk of heart attack. But with the magic of a statistic called “relative risk,” you can inflate that number to 36%.

It’s technically true in a very real and legal way. But total nonsense to real people.

In one trial, the public and healthcare workers were told a particular brand of statin reduced heart attacks by 54%… when the actual effect in the reduction of coronary events was less than 1%.

Of course, it’d be one thing if my wallet was the only thing getting hurt here. But according to Dr. David M. Diamond, a professor molecular pharmacology and physiology at the University of South Florida, and Dr. Uffe Ravnskov, an expert in cholesterol and cardiovascular disease, statins do far more harm than good.

“The adverse effects suffered by people taking statins are more common than reported in the media and at medical conferences,” explains Diamond and Ravnskov.

Was Your iPhone Hacked?

Technology
Author Shane OrmondPosted on 23rd September 201926th September 2019
Snap’s ‘Project Voldemort’ Dossier May Be One of Facebook’s Horcruxes As part of a broader antitrust investigation, the FTC is asking Facebook’s competitors (and...

Technology
Author Shane OrmondPosted on 5th July 20198th July 2019
The Rise of Internet 2.0 “The computer of the future will be as portable as your watch and as personal as your wallet. It...