Netflix reported a drop in U.S. users yesterday for the first time in almost decade, as millennials begin to realise that they can skip the 13 Reasons Why and go straight to chill.

Between Q1 and the end of Q2, the old cable killer lost more than 130k U.S. users. Globally the company added 2.7 million users. But this was far fewer than the 5 million forecasted and the 5.5 million added in the same quarter last year.

The drop in users coincides with every media company on the planet announcing their own streaming service. Disney, Apple, NBC, WarnerMedia, and that guy who sells loose cigarettes at the end of my street have all thrown their various misshapen hats in the ring.

(Even I had to get in on the action. Tune in to One Last Thing-a-vision this fall for all-new episodes of Everybody Hates Shane. It’s just Gilbert Gottfried reading the One Last Thing Readers’ Comments section.)

As the old TV channels join the front lines of the somewhat overdramatically titled “Streaming Wars,” Netflix will start to lose all of the content licensed from them.

In the coming weeks, the stream pioneer will lose two of its most popular shows, with The Office going to NBC and Friends returning to WarnerMedia.

In a letter to its shareholders, Netflix shrugged off the loss of the two most bingeable shows.

“Even our largest titles (that are watched by millions of members) account for only a low single-digit percentage of streaming hours. From what we’ve seen in the past when we drop strong catalog content (Starz and Epix with Sony, Disney, and Paramount films, or 2nd run series from Fox, for example), our members shift over to enjoying our other great content.”

The company attributed the drop in subscribers to lackluster original content (which as a proud lackluster content creator myself, I find really offensive) as well as an unpopular price hike in North America and Latin America.

The company’s execs are (somewhat optimistically) predicting a total recovery in the second half of the year. It told shareholders that the overall subscriber growth for the year will outstrip last year’s numbers, with a projected 7 million paid subscribers added in Q3, including 800,000 U.S. users.

Who knows? Maybe they’ve got a new Adam Sandler comedy about a businessman that gets turned into a fart that’ll turn the whole thing around.

Just weeks after leaving the Republican Party, libertarian-leaning Congressman Justin Amash filed a bill that would open the door to nationwide marijuana legalisation. (Because when you’re a part of one you might as well make it a P-A-A-A-A-RTAY.)

Amash’s bill is pretty much exactly the same as the bipartisan Strengthening the Tenth Amendment Through Entrusting States (STATES) Act, which would allow states to decide on marijuana policy without federal interference. (Legend has it the guy who thought of that acronym is still patting himself on the back to this day.)

The only difference is Amash’s bill excludes a provision that would require the government to study the effects of cannabis legalisation on road safety. And he changed the name of the bill to the far-less-catchy A Bill to Amend the Controlled Substances Act to Provide for a New Rule Regarding the Application of the Act to Mari-huana, and for Other Purposes (ABACSAPNRRAAMOP).

As a libertarian, it makes sense that Amash wouldn’t want the government to fork over dollars for expensive tests and reports. (Especially when the conclusion of the report is going to be “Yeah. Don’t smoke weed and drive, guys. Duh.”)

Amash left the Republican Party at the start of this month after reading the redacted Mueller report concluding that President Donald Trump has engaged in “impeachable conduct.”

To be honest, the STATES Act with bipartisan support has a much better chance than getting through Congress than Amash’s independent rehash.

But regardless of what bill gets through the House, that will be a blockbuster day for marijuana investors.

The vessel, which has not been identified (because everybody loves a good mystery/geopolitical crisis), was smuggling more than 1 million liters of fuel near the island of Larak according to the Revolutionary Guard Corps.

Oil prices rose over growing fears that the supply of oil through the Gulf would be disrupted by Iranian attacks. After Thursday’s announcement, brent crude was up 0.9% at $64.24 a barrel and West Texas Intermediate futures went 0.6% higher at $57.12 a barrel.

This is just the latest in a series of conflicts, jackanapery, and tom foolery in the region, as Iran seeks to just kinda piss everybody off until sanctions are removed.

Breaking Update: While the vessel has not been identified by Iran, U.S. maritime news sites believe it to be the MT Riah, a small Panama-flagged tanker that went missing in the Strait of Hormuz on Sunday. 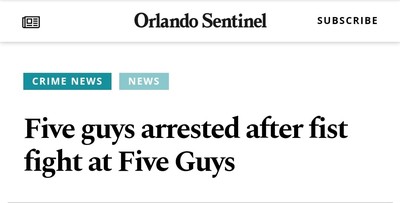 This is Why Economists Are Terrified

It’s a line on a graph that measures short-term and long-term U.S. Treasury debt. We don’t need to get into the nitty-gritty of the why or how.

But just know that the curve is used as a benchmark for other debt in the market and to predict changes in economic output and growth. And right now, it’s predicting the classic comedy duo of doom & gloom.

In economics, there’s no such thing as a perfect predictor. But before the last seven recessions, the yield curve inverted a year later, on average. And it’s inverted right now.

If we enter a recession in the next year or so, that will be eight successful predictions in a row.

Of course, the yield curve inverted months ago. So why are we talking about it today? Well, the inversion has “steepened” of late. (And that’s bad.)

According to Albert Edwards, Société Générale analyst, “A far more immediate and present danger of recession occurs when after inversion, a rapid steepening occurs. That event usually informs investors the cycle is over and it is time to flee for the hills.

“The final recessionary shoe has now fallen… Rapid curve steepening is now occurring, suggesting recession may indeed either be imminent or else it has already arrived.” (My great aunt had to get a recessionary shoe after her foot surgery.)

Meanwhile, the Federal Reserve’s New York recession probability index just hit 32.9%. And since 1960, all readings above 30% have been followed by a recession.

So when is this recession coming?

According to Brian Maher, managing editor of our sister publication The Daily Reckoning, we should expect a recession “within three months of the next rate cut is our guess — by October, that is.” (Just in time for my inverted yield curve Halloween Costume.)

Did We Just Shoot a Drone Down?

Investing Stock Market
Author Sean KeyesPosted on 18th November 20165th July 2018
Plenty of companies will benefit from Trump’s reign. I’ll be looking at them in the coming weeks and months.

Investing
Author Sean KeyesPosted on 9th March 201812th July 2018
I know how it is. Loads of you will have been reading my reports from Japan and thinking to yourselves, “not for me, thanks”. You...