Airbnb will crack down on unauthorised house parties in the wake of a deadly shooting that killed five in California last week. (Oh man, the National Party Association is going to be up in arms about this.)

In a series of tweets Saturday, Airbnb co-founder and CEO Brian Chesky said the company “must do better” and announced the creation of some kind of anti-party SWAT team, thus confirming we live in the most boring dystopia imaginable.

Brian Chesky has the eyes of a man who apologises after sex.

The company will also create a “dedicated ‘party house’ rapid response team” to clamp down on parties that get out of control and, oh my god, this is just the plot to the Minority Report. 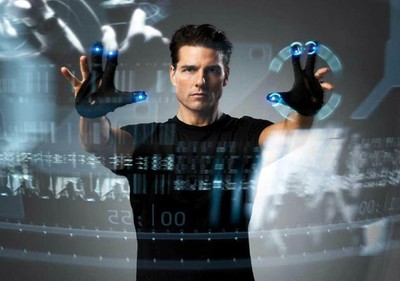 The party-detection system calculates an 82.3% likelihood of a chill hang, sir!

Additionally, the sleep-in-someone-else’s-bed app will ban repeat party enablers who allow their houses to become a ”long-term nuisance” to their neighbors.

Airbnb’s newly drafted anti-party manifesto comes in direct response to the death of five party-goers at an Airbnb in Orinda, California.

Reportedly, the woman who rented the property told the host that she was renting the house for her family to escape the California wildfires. (And her family just so happened to be 100 people who #LoveToParty.)

No arrests have been made, although two guns were found at the property according to the authorities.

“What happened on Thursday night in Orinda was horrible. I feel for the families and neighbors impacted by this tragedy. We are working to support them,” said Chesky, who has definitely been briefed by his lawyers not to use the words “apologise” or “sorry.”

In September of this year, Airbnb announced plans to go public “during 2020.”

The most profitable company in the world will go public next month after three years of dilly-dallying, thumb twirling, and the occasional murder.

Saudi Aramco, a state-owned oil giant controlled by the man who ordered the killing of a Washington Post journalist, has an estimated value of $1.5 trillion.

In between plotting the murder and dismemberment of Jamal Khashoggi, Crown Prince Mohammed Bin Salman has been desperately trying to drag this heaving behemoth to IPO.

Reportedly, the Saudi government sli-i-i-i-ightly overestimated the value of the company at more than $2 trillion. But even at a market value of just $1.5 trillion, Saudi Aramco would be the most valuable public company in the world.

Last year, Aramco made $111 billion in net income, almost double Apple’s profits during the same period. But according to sources familiar with the prince’s plans, Bin Salman is desperate for cash to invest in emerging Silicon Valley tech and build a futuristic city filled with robot servants in the middle of the Saudi desert. (Y’know, like a grownup.)

The Crown Prince, known as MBS to his friends (and, “argh, stop cutting my leg off” to his critics), recently “accepted responsibility for the attack” but has denied ordering Khashoggi’s murder. (The CIA disagrees.)

Meanwhile, Aramco reported an 18% decline in net profits this year due to lower oil prices and several attacks on Saudi oil facilities. U.S. oil futures rose towards a six-week high this morning following the announcement that the Crown Prince of Chopping Dudes Up would take Aramco public.

McDonald’s said in a statement that Mr. Easterbrook had violated company policy and “demonstrated poor judgment” when he decided to make his own secret burger sauce with an employee.

Easterbrook, who is divorced, acknowledged the mistake in an email to employees.

“This was a mistake,” said Easterbrook. “Given the values of the company, I agree with the board that it is time for me to move on.” (Because if there’s one thing that defines McDonald’s, it’s not having sex with employees.)

The McDonald’s board voted to fire Easterbrook on Friday following an investigation into the relationship. The company has declined to reveal any details of the affair, but we can safely assume as a responsible pillar of journalism that Easterbrook was fired because it was #NastyAndWeird. 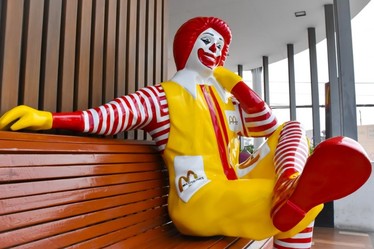 Easterbrook will be replaced by McDonald’s U.S. President Chris Kempczinski, who says he plans to keep on doing whatever Easterbrook was doing (with the exception of sleeping with employees, presumably).

“There isn’t going to be some radical, strategic shift. The plan is working,” Mr. Kempczinski said in an interview on Sunday.

McDonald’s stock sank more than 2.6% this morning and is up 7% year-to-date.

The Splintering of the Internet

Earlier this year, One Last Thing predicted the internet would eventually splinter into two distinct versions of the internet:

One half would be as we know it now, free(ish) and weird in all its gross and terrible glory.

The second half would be comprised of a series of “sovereign internets,” heavily restricted by authoritarian regimes and modeled on the so-called “Great Firewall of China.”

Today, we witnessed the emergence of the next big player in the sovereign internet game. (And y-u-u-u-up, it’s exactly who you think it would be.)

Our old friend Russia announced its new “Sovereign Internet Law” this morning, which does exactly what it says on the tin: gives the Kremlin total control over the nation’s internet.

Under this new law, the country’s telecommunications watchdog Roskomnadzor has the authority to “switch off” the internet in the event of an emergency. (For example, if Americans are making mean photoshops of dear Vladimir.)

Additionally, internet service providers operating in Russia are now required by law to have a DPI (or Deep Packet Inspector) installed on their networks.

A DPI is a system capable of identifying and filtering internet traffic. The Kremlin says this is simply to improve cybersecurity (and not erase all criticism of the administration from the internet).

To be honest, I don’t know even why they bother at this point. If you’re going to be authoritarian, mustache-twirling assholes, just own it.

“Now the government can directly censor content or even turn Russia’s internet into a closed system without telling the public what they are doing or why,” said Rachel Denber, Human Rights Watch’s deputy Europe and Central Asia director.

Technical experts disagree on how effectively the Kremlin will be able to shut down free speech. But it’s clear that the world is one step closer to the splintering of the internet.

Will They Even Impeach Trump?

Economy
Author Kit WinderPosted on 31st March 202131st March 2021
A couple of weeks ago I wrote to you about my pipes bursting and the investing lesson we could take from it – to...